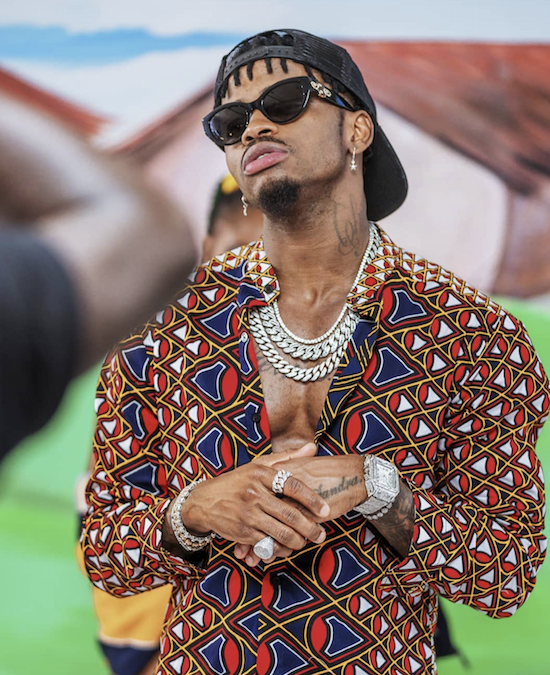 To mark his 10 years anniversary in the music music industry, Diamond platnumz took the a train ride to Kigoma to celebrate.

Ten years ago, singer Diamond, made a hit with his single “Kamwambie” which brought him to the limelight.

He’s all set to celebrate his historic ten years’ anniversary on the eve of new year with a fully paid train ride and “party of the year’ journey with his fans to Kigoma.

Kigoma is around the coasts of Lake Tanganyika,  this is his first time organizing such concert at the indigenous location.

The bongo flava star, made this historic trip with his girlfriend and his two months’ old baby escorted by numerous body guards.

The boy from Tandale is one of highest-paid artists in Tanzania.

From of his hits songs include; African Bbeauty, Iyena, Baikoko, Marry You, Zilipendwa, Baba Lao…

Fans and the entire world can’t wait for the event which takes place on the  31st.