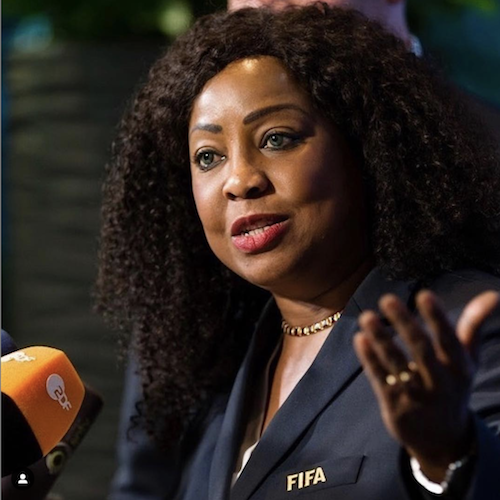 In a sports field that is dominated by men, a powerful woman has managed to find a reputable position and ended up being ranked Number 1 in the Most Powerful Women in International Sports list of Forbes in 2018. Fatma Samba Diouf Samoura has made herself known as the first female Secretary General of FIFA, but her successful career dates back to the 1990s.

Fatma Samoura was born on 9 September 1962 in Senegal. Her mother tongue is French although she is also fluent in English, Spanish and Italian. Living in a Muslim society, she wasn’t really expected to go to school.

But her parents were well-educated and forward-thinking enough to support her emotionally and financially. She went to France and studied at the University of Lyon followed by higher education at Institut d’Etudes Supérieures Spécialisées.

In 1995, she started working for United Nations World Food Programme – The food assistance branch of the United Nations – in Rome as a senior logistic officer. Later on, she was appointed as the Country Director. For this job, she frequently traveled to Djibouti and Cameroon while also serving for other countries such as Chad, Guinea and Madagascar.

She then acted as the Deputy Humanitarian Coordinator and the senior-most UN official for Chad. In 2007, she was located near the Chad-Sudan border that faced a civil war. Her task was to help out approximately 300,000 refugees coming from Sudan.

After Markus Kattner, who was the acting Secretary General for FIFA between 2015 and 2016, was sacked, Samoura replaced her as the new Secretary General, being the first female to take on that position not to mention that it was the second-most powerful position in FIFA after the president Gianni Infanito.

In an interview, Infanito stated that he trusted in the skills of Samoura for having dealt with many challenging issues for 21 years in the UN.

About her appointment, Samoura said that she was happy to lead the transition of FIFA into being a more diverse and gender-equal organization.

Ever since her appointment in FIFA, she worked towards diversifying the football scene and getting more women involved. She also facilitated the rearrangement of the FIFA Council members so that at least one female representative would be found in each confederation.

She also assisted in ensuring the allocation and well-being of the migrant workers in Qatar who are preparing the country for 2022 World Cup. 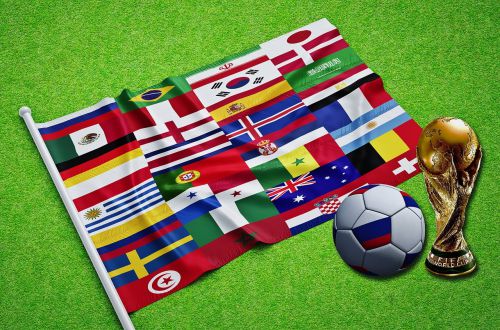 Despite her impressive approach to making football fun for everyone, she had her share of controversy. In late 2016, she forbade the wearing of remembrance poppy symbols in any game which included the game that took place between Scotland and Wales on Remembrance Day.

She justified this decision by saying there were so many countries that have suffered and are still suffering from war. According to her, making an exception for the UK would be unfair.

This decision wasn’t met with an approval. UK Prime Minister Theresa May was among those who criticized this decision.

Photo Credit: I Stand For Women