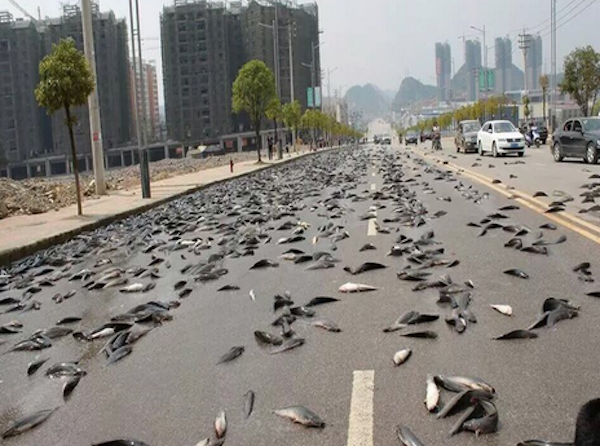 In Thailand, a well-known weather phenomenon causes the release of hundreds of fish in the street following a heavy rain.

The rain of animals is an extraordinary meteorological phenomenon of falling from the sky many animals, often a single species. This atypical precipitation is with or without a conventional shower. Evidence of this phenomenon in many countries and many times, and it sparked mysteries and controversies throughout history. These are mostly fish and frogs that are found in these “rain”, but some species Birds are also frequently mentioned. The phenomenon is often so violent that animals fall shredded. However, animals sometimes survive the fall, especially fish, suggesting that the time separating the “take-off” and the back ground is relatively low.  Read Full Story here

Quads all graduate with Masters degrees from same university