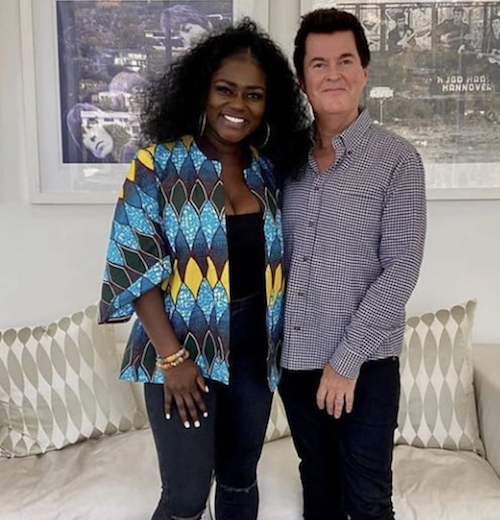 The talents must be young Ghanaians with an incredible voice and dancing moves, between the ages of 14 and 18years living in any country.

Simon fuller is a prominent entertainment executive and entrepreneur, he’s well-known for overseeing the works of celebrities and several TV reality shows including, Pop Idol in the UK and American Idol in the US.

He has also produced TV shows like, American dancing TV series, “So You Think You Can Dance” and Q’Viva which means, the chosen. His management skills have seen him worked with many top-notch celebrities and managed several talents and music groups.

In 2017, the celebrity manager and producer officially launched Now United, The group began with 14 talented youngsters representing different countries around the world.

The group since its creation has worked on many projects. From touring around the world to performing live concert and television shows etc.

Due to the diverse background of the members, some of the songs produced by the group are in different languages like French Portuguese, Chinese and Spanish but English is the main language used for their songs.

The kind of music the group is familiar with include, teen pop, contemporary R&B, and dance-pop. The group is also inspired by the music genre known as electropop.

Songs and videos produced by the members of Now United include “Summer in the City”, “What Are We Waiting For”, “Who Would Think That Love?”, “You Give Me Something”, “Wake Up”, “Come Together”, “By My Side”, “Better” and a lot more.

With regards to the process of application, the talented Ghanaian is required to record a video recording of themselves singing and dancing and send it to singghanaonline@gmail.com.