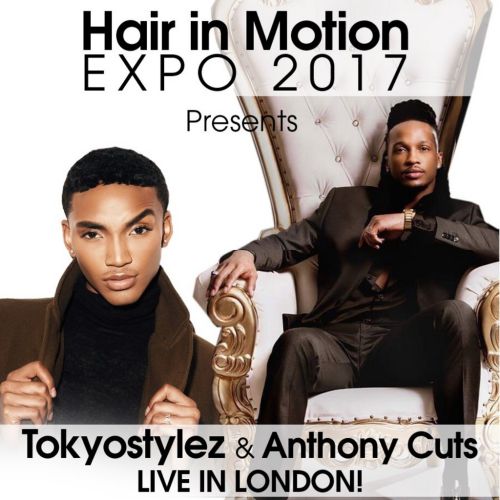 First ever Hair In Motion Expo to take Place in London At Hilton London Metropole on the 22nd and 23rd of September, 2017.

With the UK being the third biggest importer of human hair in the world and the hair extension industry revenue staggering at £4.5 billion, the once upon a time emerging hair market is now booming globally and Big Business in the UK!

Eliora Ltd presents, for the first time ever, celebrity US hairstylists Tokyo Stylez and Anthony Cuts. The superstar stylists will be speaking and showcasing live in the UK at Hair In Motion 2017 – the biggest hair expo in the UK – on the 22nd and 23rd of September, 2017, at the prestigious Hilton London Metropole, Edgware, W1. 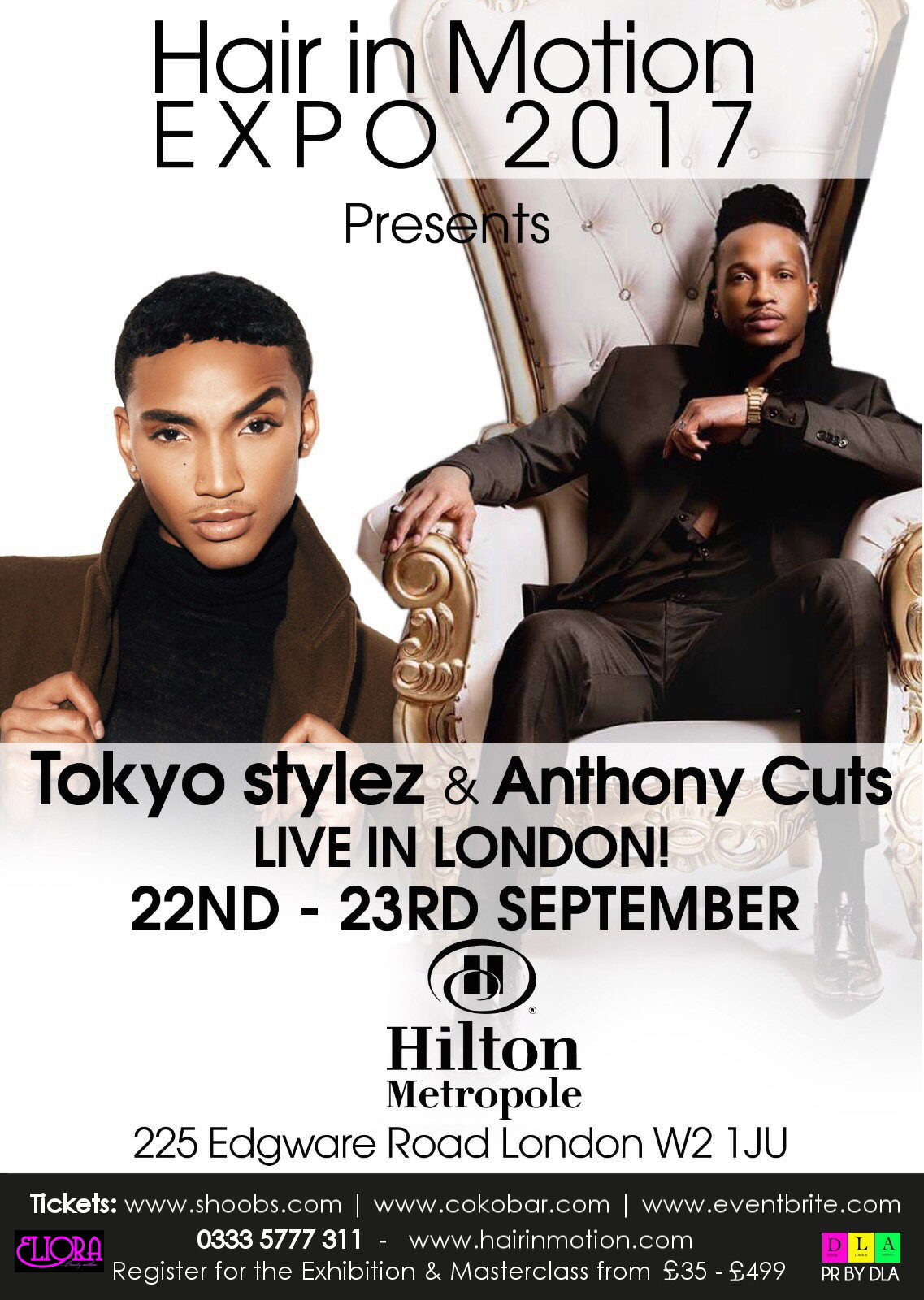 Revered as one of the most sought after stylists in America and known for his masterful wig creations and hair extensions, celebrity hairstylist Tokyo Stylez has amassed a mind-blowing celebrity client list, which includes the likes of Kim Kardashian, and Kylie Jenner, Naomi Campbell, Rihanna, Teyana Taylor, Tamar Braxton, among others and has seen his work appear on the Red Carpets at The Met Gala, Oscars, MTV Awards, BET Awards, BAFTAs and Love & Hip-Hop, to mention a few.

With over 2 million followers on Instagram and Facebook, Anthony Cuts is a veteran in the hair industry of nearly 10 years, and for the past 3 years, have also added make-up to his repertoire. Known for his captivating colors and stunning bobs, his hairstyles have exploded globally, with features in the Daily Mail, Essence Magazine, and Business Insider, just to mention a few.

With their hugely popular taglines ‘Touched By Tokyo’ and ‘The Anthony Effect’ known the world over, Tokyo Stylez  and Anthony Cuts will be bringing their respective stylist expertise, expansive hair knowledge and star power to the UK, for what is set to become the brightest hair expo in Europe!
See Also
World