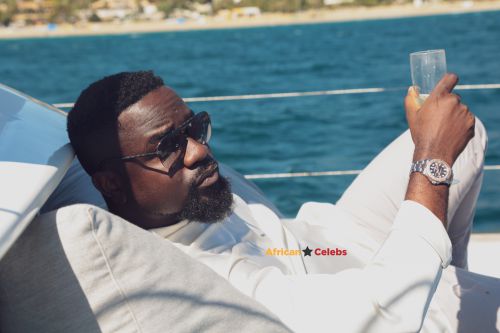 King of rap music Sarkodie is a year older today, Join  us in wishing this LEGEND an awesome birthday.

Sarkodie has been an inspiration to many people especially the young talents in the music industry.

His perseverance and resilience in the world of music influences and throws light on hard work and consistency if you want to achieve your dreams and climb the ladder of success.

Sarkodie has contributed greatly to the rise of African music internationally  and his choice of using the Ghanaian language (Twi) for his rap songs.

His enthusing rhythmic tunes and positive energy put out on stage performances has earned him huge population of die-hard fans across the world making Sarkodie a household name.

Fans who couldn’t wait on today to shower birthday blessings on the artist, began celebrating him yesterday with lovely birthday wishes.

As an internationally recognized hip hop artiste today, Sarkodie didn’t sleep on his talent. He started rapping at a very young age.

Sarkodie rose to fame when he won the competition for his community as the Best Rapper. He gained attention from Ghanaians and also inspired rappers who were upcoming at the time to build their rapping skills through the programme.

After his collaboration with hammer, Sarkodie released his debut studio recording album “Makye” which featured stars like, Kwaw Kese, J-Town, Sway and Paedae of R2Bees.

He has released a lot of singles and hits like, Adonai, Mewu, Ilumnati, Azonto Fiesta and You Go Kill Me which was accompanied with the Azonto dance invented by Sarkodie, Lucky, Can’t Let You Go among others.