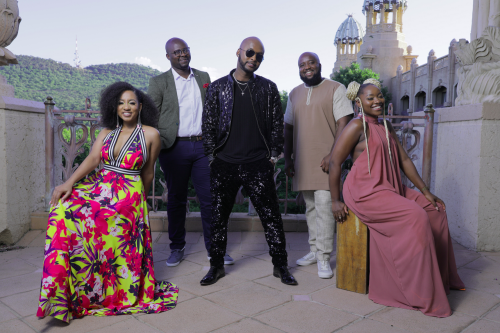 Switching up the tempo in this season will be five of Africa’s musical maestros who will take on the task of judging groups from Ghana, Zimbabwe, Kenya, South Africa and the newly added region, Nigeria as the brand new season premieres on Sunday, April 11, 2021 simulcasting on Mzansi Magic and Mzansi Wethu (17:00) as well as airing on Zambezi Magic (Zimbabwe – 17:00), Africa Magic at (Ghana – 15:00), Maisha Magic East at (Kenya -18:00), Africa Magic at (16:00 – Nigeria).

Unsigned groups made up of members of four to eight members will have an opportunity to sing and impress the elite panel of judges made up of Ammara Brown, Trigmatic, Evelle, Filah and Vusi Nova.

As the search for raw talent with blending voices kicks off, the Zimbabwean songstress (Afro-Pop/RnB) and songwriter, Ammara Brown who grew up in musical household with many accolades as an artist returns to the judging panel of Amazing Voices for what promises to be a striking season yet. The multi-award winner rapper, with a string of talents ranging from a composer, songwriter to a farmer, Trigmatic from Ghana will warm-up his seat as he welcomes 2014 Idols Nigeria winner, Evelle on the panel.

Evelle whose music career took off after being crowned as the winner for the singing competition. She has since solidified her spot in the music industry headlining massive performances and sharing stage with iconic artists. Right on cue is Philip Tuju Sijenyi known as ‘Filah’ from Kenya returning to monitor every note sung. The musician passionate about mentoring the next generation of performers is also a vocal coach, composer and founder of a music academy. Completing the panelist of judges is Mzansi’s awards winning, Afro-soul singer with a glittering string of accolades and several albums with massive success, Vusi Nova. The singing sensation will add his flavour as he analyses how the groups creatively prepare for each episode.

This year’s season of Old Mutual Amazing Voices will disrupt the world of competitive singing reality shows in Africa and revolutionize the format of showcasing group performers.

‘’It is with great pride that we are once again the proud partners of this exceptional show, which clearly demonstrates the depth of our Pan-African talent and passion to become one’s exceptional best. With this year’s array of esteemed judges, we are clear on the impact of learning from the greats and how wisdom, experience and lessons must be shared in order to empower, enable and inspire others. This year promises to be even better than Season 1 and we can wait to watch as the show unfolds leading up to the finale on July 5, 2021’’, stated Thobile Tshabalala, Head of Brand at Old Mutual Limited.

‘’We are delighted to bring to our viewers yet another relevant, aspirational and entertaining season of Old Mutual Amazing Voices. This exciting pan African singing competition not only encourages participation across the content but also creates talkability, builds communities and gives our talented musical groups an opportunity to showcase their skills to a wide audience as well as receive mentorship from some of the best artists on the continent’’, says, Nomsa Philiso, Director of Local Entertainment Channels at M-Net.

Viewers can expect a revamped show, bigger than the previous season filled with spectacular entertainment from the groups gunning for the $100,000 grand prize.