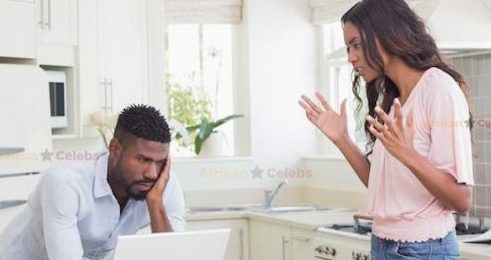 There are times when it’s better to call it quits than hang around and erode your self-esteem and dignity. Sometimes it’s hard to end a relationship, so how do you know when it’s over without having it spelled out for you?

If she’s gone from singing “I love you just the way you are” to “The Thrill is gone” then it’s time to move on. Here are a few tips.

If the mere thought or actually spending time with your mate makes you feel bad about your self.

Sexual chemistry is the first casualty of a dying relationship-it fizzles. When a someone says the sex is lousy or decreases intimacy, it usually means that other areas are lagging.

If he/she can’t hold a job, cannot hold an intelligent conversation, hold his/her own then the sex will tip the scale in the lousy direction. There is always something else missing

People become dishonest about their true feelings, and they get sarcastic and lie about the little things. They act in ways that are inconsistent with your regular routine.

They become disrespectful, roving eyes, they may start flirting with others in front of you, calls others, while with you.

You may notice certain behavioral changes such as drug, alcohol abuse or overeating.

They unnecessarily defensive, critical, and pass judgment on your every move.

They become silent, vague or withdraw.

They start making plans by themselves, your dates together get less frequent, postponed or cancelled. I had one workshop participant who’s boyfriend told her that he had plans for Valentines Day. When he moves from “we” to “I” you know it’s over.

They call less, make excuses, put you on hold have your calls go straight into voicemail.

Compares you to exes

Starts Dating someone else… Wondering what to do if you notice any of the above signs?

It’s better to call it quits than hang around and erode your self-esteem and dignity!

Modern Girl: New Rules for dealing with the New Breed of Woman