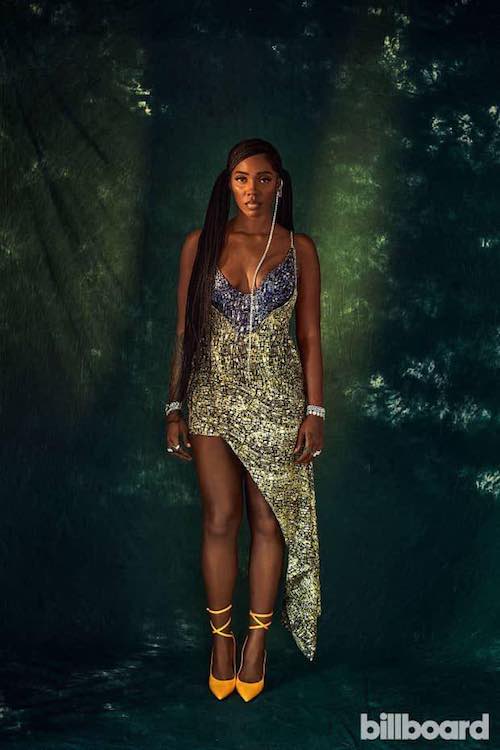 The 2020 edition of Billboard Magazine has featured renowned and multiple award winning Nigerian artistes Including  Davido, Tiwa Savage and Mr. Eazi on the magazine cover.

Billboard Magazine celebrating the African continent and the highly talented individuals inspiring this generation through the good rhythms and lively music they produce, giving the continent a global recognition on the global chart of music and arts.

This is the first in the organisation’s history witnessing emerging talents from Africa.

However, it honoured outstanding collaborations like Beyoncé’s “Lion King” album which featured several African artistes and Drake’s collaboration with Wizkid on his “One Dance” song.

The various artistes mentioned above were involved in a video chat,  they  described the flairs in African music, the opportunities, the difference between being signed under a record label and being independent.

Other topics highlighted was the problems Africans face internationally and their love for the continent and how they appreciate the African culture.

They also discussed the pandemic situation and its effect on their personal lives.

In addressing the above issues, Tiwa Savage disclosed that the lockdown, this pandemic has made her gain different perception about life and how delicate life is, her planned tour and other music plans have all been affect but it has also helped her get closer to her family.

She added that, advanced in technology has impacted Africa positively, resulting in promoting the African culture through music and arts.

Davido also talked about how crazy it was when his partner Chioma contracted coronavirus after his America tour. She has now fully recovered.

He talked about the fact that, despite the language barrier, African music or afrobeats back in the days received global attention because of its exciting and amazing beats, people just love the African music.

One Company that is making streaming in Africa popular is CEEK.com  the platform provides artists, creators and entertainers to reach their audiences even when the odds are stacked against them.

‘According ding the CEO,  they ‘want to empower and equip creators with a platform that allows them to continue sharing their art, engaging their audiences and ensuring their livelihood and our sanity”

Mr Eazi said the coronavirus is not affecting his career. He’s rather using the lockdown as an opportunity to push more in his music recordings.

According to him, the African music is accepted by all because of cultural assimilation and that is what is uniting the world at large.

He further explained that, he decided to invest in himself and take all the risk that comes with not signing up with bigger label or management because he sees it as a huge inspiration for him to have come this far with “Banku music” and paving way for other artists.

All the artistes narrated their personal experiences with stereotyping and the problems they face as an African. People out there still hold on to the negative aspect of Africans but what they don’t pay attention to is the good images of the continent.

Ghanaian ground up artist, Kwesi Arthur was also featured with his live at home session, as he performed lovely tunes on the billboard.

The magazine appreciated these artistes and their impact on the next generation as they carry the name of Africa on the global map in a unique way.