Congratulations! Ufot Ekong from Akwa Ibom State, a Nigerian student has broken a 50-yr record in Japan after graduating with 1st class degree, and also as the best overall student from Tokai University in Tokyo Japan. 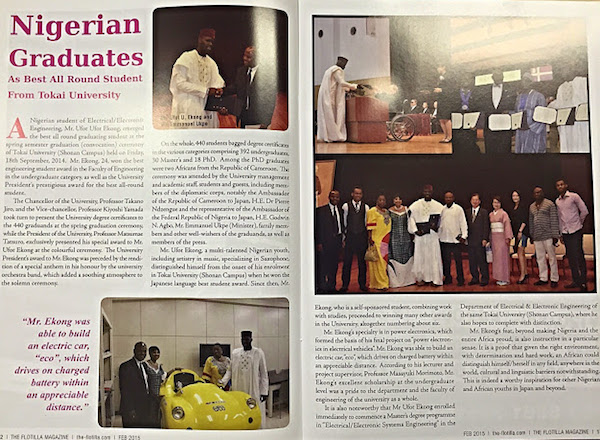 Ufot Ekong has won a Japanese language award for foreigners! he has 2 patents for developing an electric car to his credit!

According to reports, Ufot Ekong is the first Nigerian to achieve this feat since 1965  and the best overall student, he is believed tp have solved a mathematical equation that could not be solved thirty years ago during his first semester…..Read more about Ufot  here

Well Done! what an inspiration!