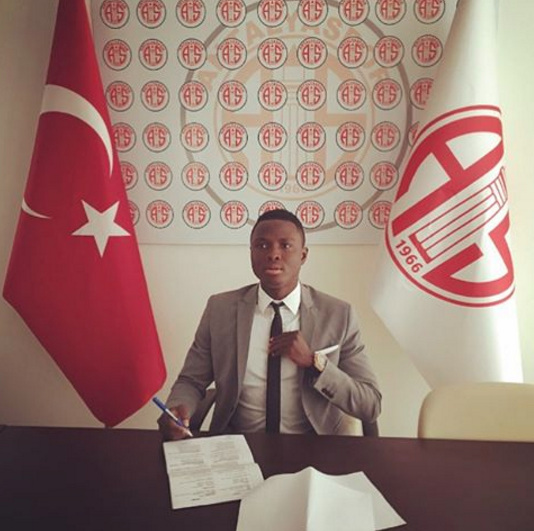 Congrats! Ghanaian international professional footballer Samuel Inkoom completes move to Antalyaspor!  According to reports, the deal signed by the former Primeira Liga player is for two and a half years….

Few facts about Samuel Inkoom, he began his career with Windy Professionals Football Academy (2000-2007), after he moved to Sekondi Hasaacas (2007-2008) and moved on 1 January 2008 to Asante Kotoko. On 26 April 2009 he moved from Kumasi Asante Kotoko to FC Basel in the Swiss Super League on a three-year contract.

He made his Basel debut in derby game against FC St. Gallenon (July 12, 2009). He was a key member of their golden season in 2010. On 31 January 2011 he moved to FC Dnipro Dnipropetrovsk. In August 2012 he went for half year loan to SC Bastia. The following season Inkoom again moved on six-month loan, this time to Platanias in January 2014. In September 2014, Inkoom signd with D.C. United on a free transfer. In summer 2015 he signed with portuguese Boavista FC. In January 2016 Samuel Eto’o invited Inkoom to turkish club Antalyaspor… Read full bio here 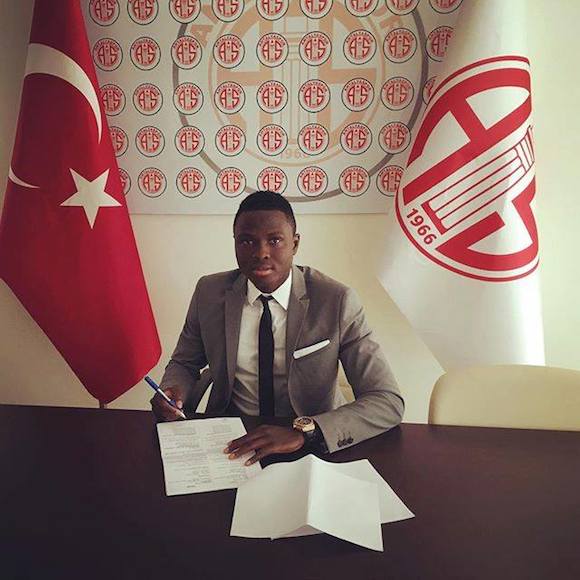