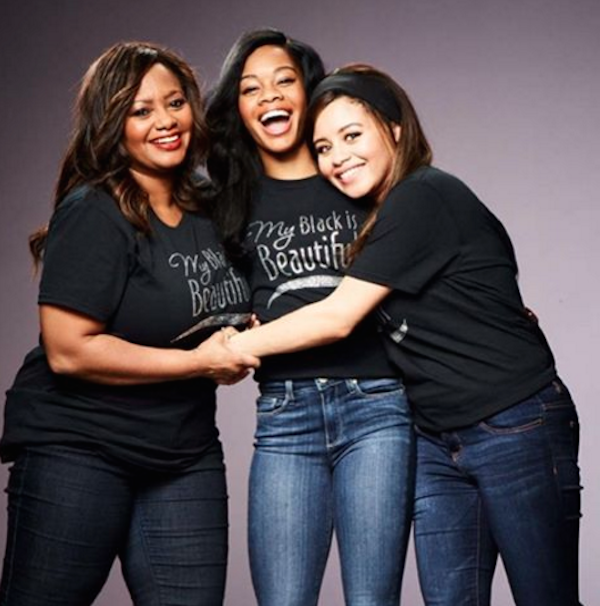 Athlete Spotlight: In her interview with Reuters all Gabby’s mother wants to ask the hater is ‘What did she ever do to anyone?” Why Can’t The Haters Leave two-time Olympian Gabby Douglas Alone? She’s busy winning gold and people are Criticising  her hair, skin colour what she should do and shouldn’t. She’s only 20 and has achieved what most of her haters can’t achieve!

In her interview with Reuters all Gabby’s mother wants to ask the hater is ‘What did she ever do to anyone?”

“She’s had to deal with people criticizing her hair, or people accusing her of bleaching her skin. They said she had breast enhancements, they said she wasn’t smiling enough, she’s unpatriotic. Then it went to not supporting your team mates” Natalie Hawkins

Gabby is so broken hearted she says she has to stay off social media/internet because of all the terrible bullying….

“I tried to stay off the internet because there’s just so much negativity. Either it was about my hair or my hand not over my heart [on the medal podium] or I look depressed. It was hurtful. It was hurtful. It was. It’s been kind of a lot to deal with….I apologized if I offended anyone. I’ve always said it was an honor to represent the U.S. You always do this for your country, and then, like people say, for yourself and other people.” Gabby Douglas

We hope her family and us her fans will continue to support her and in her amazing journey. All the criticism is enough to make anyone young or old give up. To think this is not the first time Gabby has been under such an attack is very disturbing. In the 2012, during the London Games Gabby made history by becoming the first African American gymnast to win an Olympic all-around title instead of everyone celebrating her, the haters were more interested on her hairstyle. Like seriously?

Please lets all support talent when we see one and not HATE!

We are so proud of gold medalist Gabby Douglas! Keep up the good work

So happy to have my family and the support of @MBIB w/ me at #Rio2016! #BeautyEmpowered

Determination is the key to success. Future Olympian no doubt