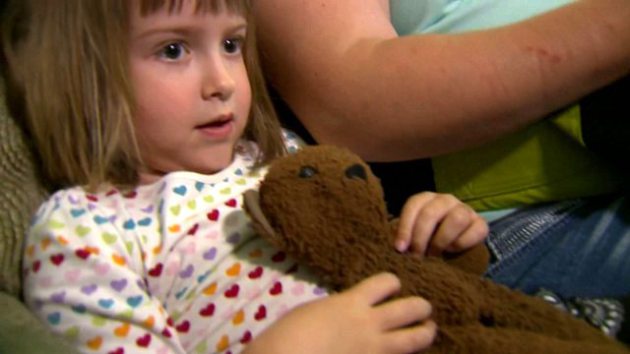 Four-year-old Abby is solely responsible for foiling her babysitter, boyfriend, and his friend’s alleged plot to rob her home of valuables then blame the invasion on Black men. Thanks to the pint-sized smartie, who informed the Whatcom County Sheriff’s Office in Bellingham, Wash., that the culprits were in fact White and not the innocent Black neighbor Cody Oaks police arrested

Reportedly, the unnamed trio, Abby’s babysitter, who is 17 years old and White schemed with her 16-year-old boyfriend, and 18-year-old Ruben J. Benjamin to break in to Abby’s home, rob it, then blame the heist on armed Black men. When talking with police, the babysitter then went on to specifically paint the portrait of a man who coincidentally resembled Oaks, a next door neighbor of Abby’s and her family.

When investigators spoke to Abby about the crime, though, she quickly set the facts straight: The little preschooler told the officers that the men had white NOT black skin. The little tyke then went on to tell Q13 Fox how the men “told us to get out of the house ’cause they wanted to steal stuff.  The bad guys stole my kitty bank, they stole my iPod,” revealed Abby

Throwback Thursday: Janelle Monáe On Being a Former Maid and Why She Still Wears a Uniform

Chris Brown arrested for assault with a deadly weapon…