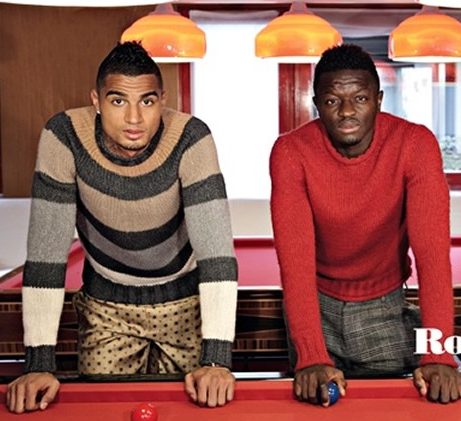 Black Stars midfielders, Kevin Prince Boateng and Sulley Muntari have been sacked from the team camp in Brazil.

Gary Al-Smith who is in Brazil said  the two were sacked for fighting at the team’s training two days ago. There had been reports that Kevin Prince Boateng had exchanged words with the Coach Akwasi Appiah.

According to Al-Smith, Kevin Prince Boateng swore at the coach and that led to back and forth exchanges something Akwasi Appiah did not take lightly. The two were given 30 minutes to leave the team’s camp Brasilia.

It is unclear how the sacking of the two will impact on the rest of the team who will be playing a major game on Thursday. The team had earlier threatened to boycott the Ghana-Portugal match if their appearance fees were not paid on time.