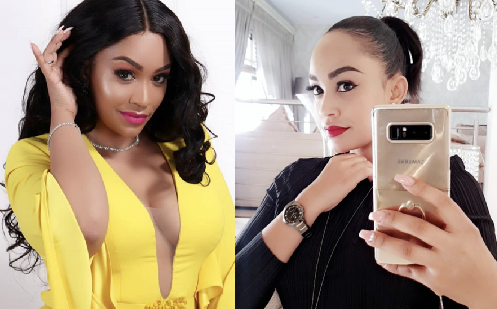 If you like our first article about the African celebrities, here is the second edition that includes well-known and controversial figures of Africa, media personalities and R&B song writers.

Born in 1942, Jacob Gedleyihlekisa Zuma is a South African politician. He served as the fourth President of South Africa between 2009 and 2018.

Although he didn’t receive any formal schooling, he started engaging in politics from the age of 17 by joining ANC as an active member of the armed wing.

He was imprisoned and convicted of conspiring against the apartheid government. He served ten years on Robben Island with Nelson Mandela.

However, the pressures of the apartheid government led to his exile from Mozambique into Zambia. 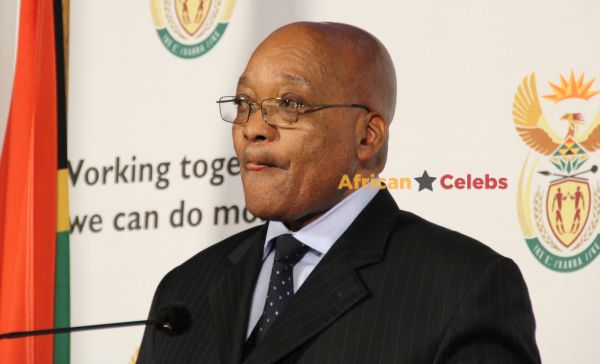 After returning from his exile in 1990, he was elected as the Chairperson for the Southern Natal region where he fought to end the political violence between parties.

This was when the rumors and charges against him started. In 2005, his financial adviser was convicted of soliciting a bribe for Zuma.

He was later charged with rape but the charges were dropped later on. With his election as the President of South Africa in 2009, the charges were completely dropped although this was faced with objection from the opposition parties.

Through the extensive research and investigation in the following years, Zuma was involved in racketeering and corruption that cost South Africa’s economy 83 billion USD. Upon the election of businessman Cyril Ramaphosa in 2017 as the President of the ANC,

Zuma was pressured to resign in 2018 through a motion of no confidence in parliament. To this day, he is still facing charges for corruption and appearing in the court.

Most people know him by this stage name, but his real name is Jabuani Tsambo. As his name suggests, he was one of the leading figures of the African Hip Hop in the 90s and 00s.

He was born in 1980 in Mafikeng, South Africa. After graduating from high school in Pretoria, he joined an amateur hip hop group called Verbal Assassins, but the group only released one album before they split up in 1997. His career path elevated with the release of alums such as Introduction in 2000, Maf Town in 2001, O Mang in 2003, Acceptance Speech in 2007 and Dumela in 2009.

He also collaborated with other South African rappers. He received MTV Africa Music Awards for the Best Video in 2009 for his song “Mpitse”

In the following decade, his career wasn’t going as expected  which led him into depression. During those years he attempted committing suicide three times. Sadly, his fourth attempt succeeded in 2018 and he was found dead in his home in Johannesburg.

Winnie Mandela is the ex-wife of Nelson Mandela and an anti-apartheid activist. She was born in 1936 in a village in the Eastern Cape Province. She studied international relations at the University of Witwatersrand.

When she met Nelson Mandela, he was still married to Evelyn Mase. Upon getting a divorce with Mase, he and Winnie married the following year and had two daughters from the marriage. Although the couple separated in 1992, their divorce procedure took four years.

During her husband’s imprisonment, she was a leading opponent of apartheid. Due to her opposition she was imprisoned for 1.5 years at Pretoria Central Prison where she was subjected to physical abuse. Between 1977 and 1985, she was banished to the town of Bradfort in the Orange Free State.

During the years of her banishment, she worked with NGOs and clinics, trying to raise awareness for equal rights. However, she was also involved in violent acts against the police informers and black citizens who were apartheid government collaborators.

Her group of bodyguards called Mandela United Football Club was known notoriously for their brutality against people who opposed her ideas.

After ANC became the ruling party, she was appointed as the minister of arts from 1994 to 1996 and a parliament ember from 1994 to 2003. She also was the head of the Women’s League in ANC.

She passed away in 2018 due to a severe kidney infection. Despite her conflicted past and acts of violence, she is well-regarded for her role in ending South Africa’s apartheid regime. Her life story inspired many books and films. She was portrayed by Jennifer Hudson in the 2011 movie Winnie.

Zari Hassan is a Ugandan musician and businesswoman who runs chains of schools and hotels in South Africa and in other African countries. Born in Uganda in 1980, she spent her childhood years in Jinja and then moved to London to attend a beauty school. She graduated with a diploma in cosmetology.

Her music career started in 2007 when she recorded her single Oliwange, which was nominated for the Africa Channel O Awards. However, her music career was rather short-lived.

She later moved to South Africa where she married South African socialite Ivan Semwanga. The couple had three children.

Zodwa Wabantu is a South African Media Personality and dancer who was born in 1985. She spent her childhood years with her mother who passed away when she was eleven. Basically, her teenage years and early 20s were all about working at several jobs and trying to make ends meet.

She started dancing at clubs in Durban at the age of 28. She quickly gained recognition with her signature moves and her stage personality. She started performing at dance festivals and events.

She also appeared in the season premiere of MTV South Africa’s Behind the Story.

Her dance performances were met with mixed reviews across Zimbabwe and Zambia due to the fact that she admitted to not wearing panties during her shows.

In an interview, she also admitted to having sexual intercourse with men for money, stating the severe nature of her poverty.

She also has an 11 year old son from one of her previous relationships.

Huddah Monroe is a Kenyan Media personality who has arisen to fame with Big Brother Africa 8 show in South Africa.

She was born in 1991 in Nairobi to a father of Somali origin and a mother of Kikuyu origin. Her father passed away when she was young and her mother remarried soon after.

After allegedly being exposed to domestic violence from her step father, she ran away from home. During her teenage years, she worked as a freelance model to make a living.

Although she didn’t win the Big Brother contest, she gained enough recognition and fame among Kenyans and even across the world. She was known for incorporating western culture into Kenyan youths.

Her endless attempts to make a living earned her the nick name “the Boss Lady”. In early 2010s, she transitioned from being a model into being an entrepreneur.

Owning ten acres of land in Kenya, she cultivates food crops that are widely sold in the Kenyan and surrounding markets. She also became the brans ambassador for a beauty product called BrightenMi. Her current net worth is estimated as 3 million USD.

Ali Saleh Kiba was born in Dar es salaam, Tanzania in 1986. His debut album Cinderella in 2006 was a commercial success that broke record as the best-selling album in Tanzania, Kenya and Uganda.

He released many singles in Afropop and R&B genres. He also collaborated with many other R&B artists including R. Kelly.

His career peaked in 2015 when he released two singles Mwana and Chekecha. The singles broke the records in Tanzania as the most downloaded songs of 2015 and won six awards at the 2015 Tanzania Music Awards.

He was congratulated in person by President Jakaya Kikwete for his contribution to Tanzanian music.

The famous Tanzanian afro-pop artist Nasibu Abdul Juma was born in 1989 in Dar es Salaam. He grew up in the western part of Tandale, living with his mother at his grandmother house.

His mother recognized his talent at a young age and supported him by buying albums, helping him practice and taking him to talent shows.

He released his debut single Kamwambie and the album of the same name in 2010 and received critical acclaim due to combining elements of hip-hop, reggae, R&B and traditional African genres like taarab and dansi in his songs.

By the time he released his second album Lala Salama, he was already the highest earning Tanzanian musician.

He received seven awards at the 2014 Tanzania Music awards in categories like Best Male Writer, Best Male Artist and Male Entertainer of the Year. His collaboration with Nigerian R&B duo P-square became a world-wide hit.

She’ one of the most talked about athlete, however, she doesn’t let that stop her from losing focus on her goal.

Even though Caster Semenya has really suffered from issues that she’s being facing because of who she is, she still encourage people to

“Don’t fear failure. Fear being in the exact same place next year as you are today.”

Caster Semenya, had her case with IAAF. A decision was reached, now she has to regulate her testosterone levels in order to be qualify to compete in international women’s athletics.

The decision was frown upon by many people people was met with an incredible amount of controversy from the critics and herself. Now, even those without the slightest interest in athletics know about her. So, let’s have a look at her life full of achievements and constant fight against IAAF.

Caster Semenya  was born on 7th January 1991 in South Africa. She has a brother and 3 sisters. She is a graduate of a University of North West and majored in sport science.

The seeds of her career were planted when she won the gold in 800 m in 2008 World Junior Championships and 2008 Commonwealth Youth Games.

The following year, she won both the 800 m and the 1500 m races in African Junior Championships, where she also improved her personal best in 800 m. It was a world record at the time. She carried her success onto the World Championships in the same year by winning gold in 800 meters.

Her suddenly escalated success along with her masculine looks raised a lot of questions about her sex. This prompted IAAF to ask her to take a sex verification test. Although the results were not completely revealed in public, it was partially leaked.

There was a strong suggestion about Semenya having an intersex trait and elevated levels of testosterone. More importantly, people believe association failed  to protect Semenya’s privacy and human rights and violation of confidentiality was heavily criticized by Africans, especially by South African politicians, activists and civic leaders.

Although IAAF’s statement was that the test was done to reassure that she wasn’t on any sort of steroids, the request for such a test was attributed to racism and sexism.

For the following eight months, she wasn’t allowed to compete in any race until the results were finalized. She was finally able to compete in two minor races in Finland, but she needed some time to reclaim her strength. During 2012 Summer Olympics, she competed in women’s 800 meter where she won the silver medal, losing against Russian athlete Mariya Savinova.

However, the World Anti-Doping Agency and The Court of Arbitration for Sport disqualified Savinova’s results which upgraded Semenya’s silver to gold. She continued winning in 2016’s South African National Olympics as well as Rio Olympics.

Although she continued to gain more and more personal records and national records, the question regarding her gender had always remained unanswered.

The controversy reached a peak when IAAF announced a new rule that required hyperandrogenous athletes to take medication to lower their testosterone levels.

Semanya, however, objected this decision stating that such medications had proven to hinder her performance. She decided to legally challenge IAAF’s decision; however, the Court Arbitration of Sport rejected her cause.

Whether the decision was fair or not, it seems that the issue will remain a trending topic all over the world and cause a clash of ideas regarding racism and gender equality.