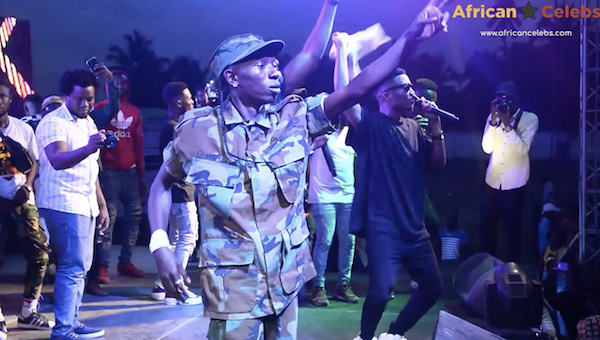 Justice Amoah, best known by his stage name, Patapaa Amisty is a prominent controversial Ghanaian musician. He broke into limelight with his 2017 debut single.

One Corner and recently a slang trending in the whole of Ghana and all social media, “Sco Pa Tu Manaa.” His debut song, One Corner eventually earned a nomination for the 2018 Vodafone Ghana Music Award (VCMA) in Most Popular Song category.

The One Corner master was born about three decades ago in the town of Swedru to Ghanaian trader parents. He had little education due to the challenging financial instability experienced by his parents.

His mum owned a small pub in the town, and Patapaa was one of her staff. He is the first of three children and struggled through the troubles to get himself and family out of poverty.

According to Patapaa, he was consistently mocked until he became the favorite of Ghana. Patapaa began a music career when he was young.

However, his music career needed a spark he couldn’t get at the time; hence, the low profile he kept. The controversial singer’s determined ambition paid off in 2017 when he released “One Corner” to register himself in the Ghanaian music industry.

Guess Patapaa got the missing piece of his career puzzle as the song was released with a controversial dance that caught the attention of the whole of Africans.

The dance was criticized in many countries and was accepted with open arms in some other. The dance demonstrates sex moves on several things you can lay your eyes on.

This was criticized primarily because of the effect it could have on children. The critics were unable to stop the One Corner man as the controversial song eventually earned him the VCMA Award in the Most Popular Song category.

The phrase “Sco pa tu mana” earned world recognition when it was defined even by dictionary.com as a ‘meaningless phrase’ made famous by a Ghanaian singer, Patapaa.

The phrase eventually attracted the Skopatumana Challenge where fans were spotted posting videos of Patapaa lyrics on social media.

The promising singer continues to show his talent in the music industry and is enjoying life with his white girlfriend. Fans have been calling for his official wedding, but it seems they will have to wait a while.