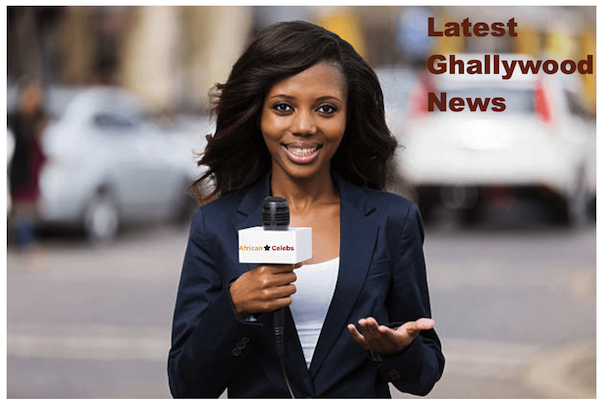 The selected universities were over 1,600, including from 99 countries across the world. The ranking was based on 13 key performance indicators for the university’s teaching, research, knowledge transfer, and international standard.

About the standard of the Times Higher Education world university rankings, UCC, having gained recognition for the first time in the annual ranking, becomes first in Ghana, first in west Africa, fourth in Africa, first globally for research impact, first among the 138 new universities that joined this year and 301 out of the top 350 universities globally. Congratulations to the university of cape coast for the historic landmark!

Ghanaian-based award-winning blogger, Zionfelix and girlfriend Mina Lawani welcome their first baby. Following few weeks of rumours regarding their relationship, the lovebirds are now parents to an adorable princess. Zionfelix revealed the gender of the baby online and created an Instagram account with the handle “pax_pam.”

This was a caption under the baby bump photo of Minalyn, and himself displayed on his official IG page, announcing his journey to fatherhood. About a 2months ago, Zionfelxi was spotted in a viral video engaging another woman who alleged that the woman and the blogger had given birth aside from his publicly known girlfriend and celebrity makeup artist, Mainlyn. The issue caused a stir on social media dragging other celebrities into it.

Keep up with all the latest NEWS

Till now, there hasn’t been any official clarification on the news. Congratulations to the couple for the blessing bestowed upon them. Welcome to a beautiful world, baby “pax_pam.”

A week ago, a fast-rising and talented young Ghanaian artist named Cina Soul just released his first single of the year dubbed “Feelings,” featuring Kidi. The Lynx Entertainment signee, in an interview with Neat FM’s Ola Micheal, Ghanaian radio presenter, that she felt distressed for not being able to serve her fans with new music as the year goes by. But she’s very excited to have been able to release a new song hoping to be enjoyed and streamed by her fans worldwide. Adding that she prefers singing in the local dialect, which is Ga, and that is the risk she would not stop talking because that defines us as Ghanaians.

The song was spiced up with Kidi’s chorus and is already doing well in the country with fascinating visuals. The host then asked if her relationship with Kidi is t purely professional or goes beyond that, looking at their flow and the rumors surrounding their performances. She feels more connected to Kidi in terms of music because she can make fantastic outcomes when she involves multiple award-winning artists.

However, if there should be a future with her and Kidi, that shouldn’t sound surprising to Ghanaians because anything is possible, and nobody knows the future. She emphasized that they are not dating; however, both of them are very close, and that Kidi helps her with music more like a brother and a friend

Rufftown Records signee after the late Ebony, professionally known as Wendy Shay, begins the final quarter of the year with newly hairstyle as she described as the “new Wendy Shay.” The singer who had been on hiatus a while on social media returned with a post of herself in dreadlocks and blonde.

She had cleared all her previous posts before posting his first-ever picture on September 01, announcing her comeback on her official IG page. The post has received several comments from her followers, with a lot of them loving the new look. Indeed, she looks stunning in her recent post.

Her next post was a picture of her signing a document. She revealed under the post that she had sealed a scintillating contract with the renowned cosmetics industry, Pinamang Cosmetics. She stated, “it’s official, the new brand ambassador for Pinamamg Cosmetics.” Wendy Shay has been congratulated for her new contract with the company. Congratulations once again.

Black Sheriff’s gains over 5 million views on his ground-breaking song, “Second Sermon,” which has also given him the niche “Kwaku Frimpong.” The song, a remix of his previous song known as “First Sermon,” paved the way for the underground rapper’s breakthrough to the limelight. Released in mid-July this year, the song’s video has garnered 5million views and above on YouTube and still counting.

The hit song has been widely air played in the country, leading the artist to the path of fame. The mind-blowing lyrics he crafted in the music made him gained public recognition and headlined entertainment news a month ago. He was invited to a couple of media platforms to express the motivation behind the song and the choice of lyrics he chose.

This has earned him a considerable fan base, with his fans heralding him on social media platforms for an excellent start. Currently, Black Sherif has more than 194K subscribers on YouTube and 267K followers on IG. This calls for a celebration! Congratulations!

Nana Frema Confirms She Is Not Dating ZionFelix