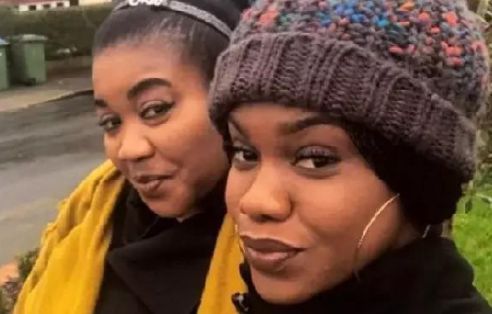 Becca And Her Mum

Becca is a talented Ghanaian singer and actress.

Becca married a Nigerian Husband, Tobi Sanni in August 2018 in a strictly-by-invitation ceremony that welcomed celebrities from both Ghana and Nigeria.

The marriage was blessed with a beautiful baby girl the last February. However, the baby’s arrival has exposed the big rift between Becca’s nuclear family and her mum.

Becca’s mum has been denied the much-anticipated grandmother-hood as she has not been allowed to meet with her granddaughter.

The news came shocking to the general populace as no one could ever believe this is happening to Becca and mum.

A source claimed that the denial could be traced to Becca’s husband believe that his mother-in-law is a witch.

Nothing could be more painful to the mum as her daughter bought into the hogwash without a second thought, leaving the mother defenceless.

Wizardry is a lifetime thing in Africa. However, the 21st century has lived past this old belief.

But as it stands, many conservative Africans have refused to let go of the ancient myth of wizardry.

Regrettably, Mr Tobi Sanni,  is one of the conservatives for ever thinking his mother-in-law has wings and could fly.

One would wonder how frustrating the denied grandmother would be right now.

Becca’s debut album, Sugar in 2007 attracted numerous nominations and eventually won the Ghana Music Awards for the Record of the Year in 2008.

Her career is studded with multiple nominations and awards including Kora Awards in 2010, Ghana Music Award for Best Vocal Performance in 2010, 4Syte TV Music Video Awards for Overall Best Video Award in 2011 among others.

Ghanaians are torn between Becca and her mum, some side with Becca for refusing to talk to the mum and also believe when her husband allegedly accused mum.

Others on the other hand, are very shocked that Becca did not stand up to husband and defend her mother, after all there can be one mother.

But as the saying goes, until you have walked in someone shoe do not judge!

Some Ghanaians are of the view that the mother had no choice and her going public was mothers a cry for help.

Others are saying some Nigerians men don’t respect Ghanaian women and have been taking advantage of them.

We want more of this beautiful mum and daughter like the day she introduced her mother to the world in the video below.

We hope the family gets to sort out the dispute in no distant time.