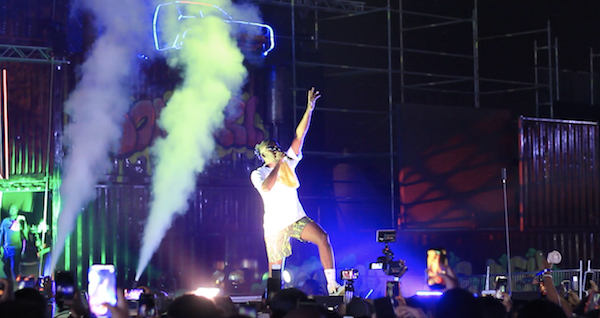 The environs of Untamed Empire, Spintex in the Greater Accra region of Ghana was bright up to huge concert from Nigerian Ghanaian based Afrobeats Singer Mr Eazi. 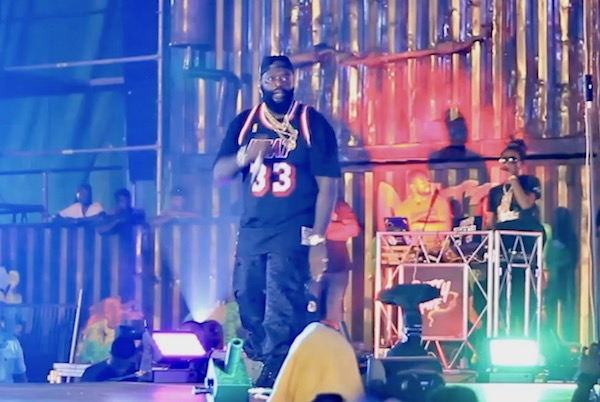 It was a night full of famous musicians, actors and rappers supporting Mr Eazi’s concert at his end of year show titled “Detty Rave 3”.

There were performances by big acts including those Mr Eazi had collaborations with, as well as Ghanaian and Nigerian Artistes.

Oluwatosin Ajibade, best known as Mr Eazi in showbiz, began the Detty Rave concert in 2016 when he gained the public attention with his hit single “Skintight” featuring Efya.

This ushered him into his music career fully, making him exploring the world and mounting reputable great stages like the Jame’s Corden’s late show in 2017.

He later got starred in top magazines and collaborated with many top musicians.

The atmosphere of the Detty Rave Show 3, got more excited and charged when fans sung the Ghanaian national anthem to welcome Mr Eazi and other artist on stage.

It was full of fun when artists were seen interacting with their fans whiles on stage.

They shook the stage with hyper collaborations and graced the occasion with marvellous performances. We can’r wait for Detty Rave Show 4!