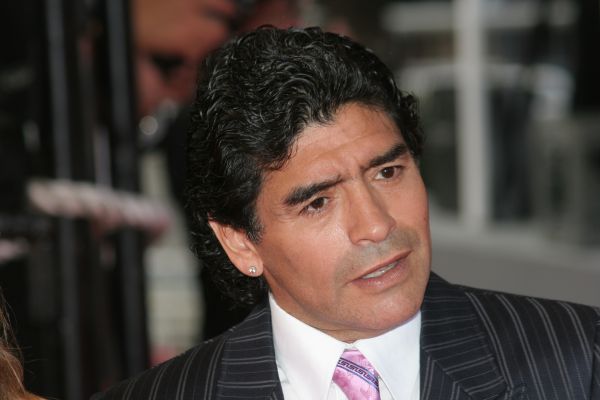 World most celebrated soccer hero, Diego Maradona who led the Argentina national team to victory in 1986 World Cup has died.

The sad news revealed that the greatest of all time soccer player might have suffered a cardiac arrest which caused his demise on Wednesday November 25, 2020.

Upon hearing the shocking news, loved ones of the late footballer including past and present footballers and soccer lovers across the globe are paying tribute to the soccer icon. He was 60 years old.

Alongside his national support, Maradona led several soccer clubs in countries like, Spain and Italy.

Diego Amando Maradona was born on October 30, 1960 in Argentina. He started playing football at the age of 3 when he was gifted a soccer ball that increased his love for the game.

He began playing for his neighbourhood club, Estrella Roja at age Eight (8). When Maradona turned 10, he joined one of the best soccer junior clubs in Argentina known as Los Cebollitas and contributed to the team’s extraordinary performance in 136 games.

Few months before his 16th birthday, Maradona began playing soccer professionally. He became a renowned midfielder due to his ability to create chances for goal scoring.

He rose to the peak of his profession in 1986 when he led the national team to win the world cup.

His performance during the World Cup in 1986 was incredible, from the memorable goals he scored against England in quarter finals to the goal he scored with his left hand which he claimed it was the work of “the hand of God”.

He made 91 appearances for the national team and scored 34 impressive goals. Despite his remarkable flairs on the soccer pitch, he was noted for a lot of controversies.

Maradona suffered several injuries and heart problems which made him resign in his early 30s from his soccer career. He went through hard times with several surgeries due to his health condition. He was honoured the top player of the 20th century by the Fédération Internationale de Football Association.

Maradona was loved by all and his legacy remains forever. May his soul rest in perfect peace.  Another Legend GONE TOO SOON!