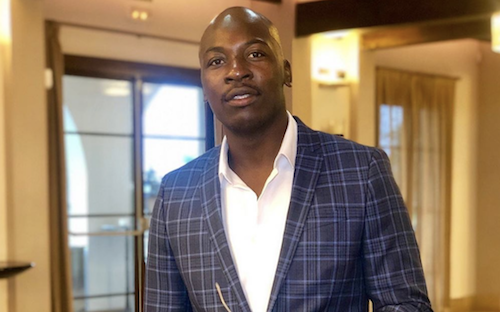 Prince Harry And Meghan Markle To ‘Step Back As Senior Royals’

The Republic of Congo is proud to have a talented stand-up comedy mogul, British-Congolese Eddie Kadi.

He is a renowned stand-up comedian, actor, broadcaster and musician that gained prominence in the United Kingdom through his exceptional jests.

He was born in the Republic of Congo,  Kadi is one of the most influential Congolese, thanks to his exceptional skills and depth of his comedy delivery.

Eddie’s hard work has earned him reputable roles; first as a household name in the United Kingdom and as the first black comedian to spearhead O2 Arena in 2010.

Kadi, although born in the Republic of Congo, had his childhood in London following his family’s relocation to the United Kingdom in 1992.

He lives at Little Ilford School in West London and went to Fulham Primary School and Henry Compton Secondary School before proceeding to the prestigious Kingston University to study Media Technology.

While on campus, he held a reputable position as the President of the Afro-Caribbean Society. He began his career by hosting fellow students as a stand-up comedian that eventually graduated into a full time career.

He became one of the most sought after comedian when he delivered an outstanding performance in a one man show at Hackney Empire and since then on appeared in numerous British reality shows such as Lenny Henry show, Virtually Famous and QI.

His energetic skits across African countries registered him in the minds of fun loving Africans as one of the best stand-up comedians in African history.

Today, Kadi has released a 4 Disc DVD collections of his work as a comedian. Aside comedy, Kadi has shown his class as a radio host on BBC1Xtra and exceeded expectations while co-hosting the OHTV series “It’s All Good”.

He has hosted many programs for the likes of France-based Current TV, MTV Base, BBC and MTV among others.

If you’re looking for a successful multi-talented personality, then Kadi is what you sought.

Kadi‘s talent isn’t limited to stand-up comedy and TV hosting as he is equally exceptional when it comes to acting. He was a voice over artist in a popular animated children’s TV series “Tinga Tinga Tales” as Tiger Aspect.

He played a round character in “Area Boys” and also starred in Shank in 2010 before appearing in the UK-based movie Anuvahood in 2011.

Kadi is also a vocalist who has shown his hip hop music talent alongside the likes of Sway and a renowned Senegalese rap artist, Akon while launching his “Konfidence Foundation” in his country, Senegal.

Kadi has contributed tremendously to the entertainment industry and the veteran isn’t calling it quits any time soon.

Prince Harry And Meghan Markle To ‘Step Back As Senior Royals’

Afia Schwarzenegger Is Single And Ready To Mingle…