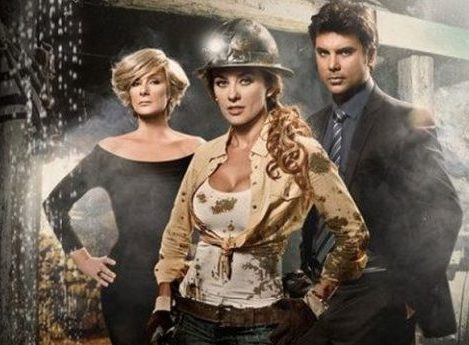 Gabriela Suarez was framed for the death of her father (Tigre Suarez) and others by starting a mine explosion .  She was found guilty and sent to a mental institution where she was tortured for years.

Fortunately through the help of a her new found friend Gabriela Suarez was able  to escape, she fakes her death and returns to San Pedro del Ora as Veronica Dantes with vengeance to punish all her enemies!  ‘12 enemies no more no less’. Enjoy!

This is one of  the must watch TV series! Thanks to Telemundo it has English subtitles!  Enjoy!!!