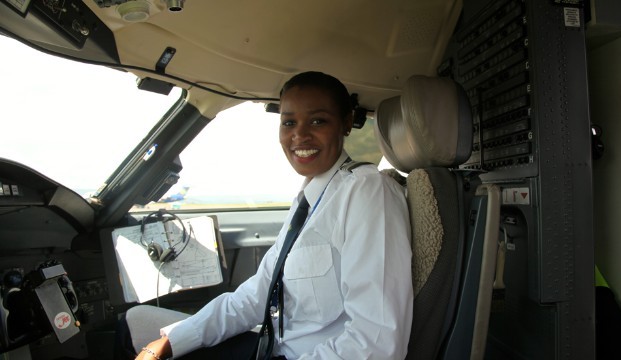 Esther Mbabazi wheels her bag towards the airstairs of the Boeing 737 sitting quietly on the tarmac at Kigali International Airport. 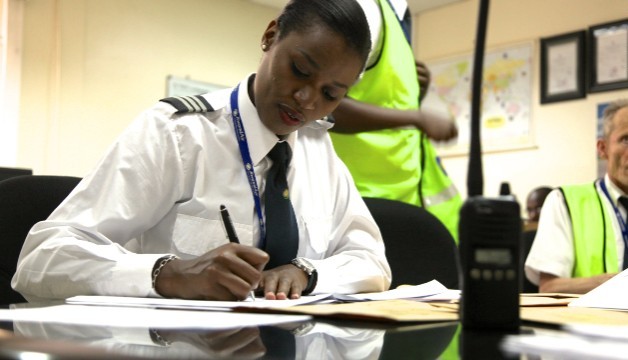 Today she’ll be flying from Rwanda’s capital city to Juba in South Sudan. A short hop south with a flying time of around 1 hour and 20 minutes. 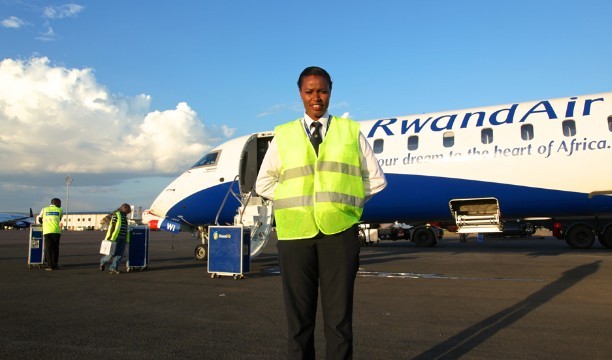 But for Mbabazi, 26, it isn’t about the destination. As Rwanda’s first female pilot, it’s about the journey and her highest priority is to get passengers safely to their terminus.

“Growing up I wanted to be a pilot when I was four,” says Mbabazi, who became a pilot for Rwanda’s national airline carrier, RwandAir, at 24.

“I’d never been inside a cockpit but I used to see a plane in the sky and I imagined that thing must be flown by someone.

Mbabazi began training with Rwandair in Miami and her exploration of the aviation world began.

“My greatest memories are flying to different cities,” she says.

“Being in the sky gives you a whole other view — you get to see what they call a bird’s eye view of everything.”

“Women are out there working, technology has changed, and everyone has the brains to do something, now it’s not about how much bicep or how much energy you have.” Mbabazi