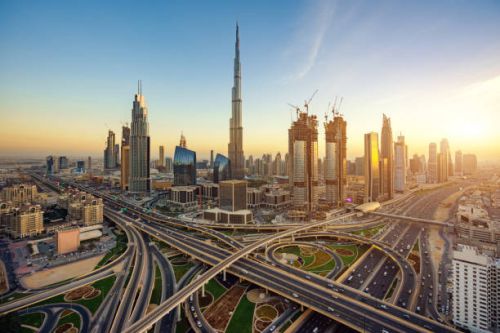 Robby Adams Debut Single “Up And Down” Out Now

The World Expo is an excellent opportunity for a nation to showcase their achievements and advancements.

Every Expo has facilitated the host country to implement many changes that elevated its standards of living and its international relations.

Next year, it is the UAE that will be hosting it the biggest EVER Expo in the world.

We have had the privilege of driving by the event site many time in Dubai. It is exciting to see how is all coming along, it is progressing very fast!!

The biddings started in 2011. The first two cities to enter the bid were Turkey, Thailand, Russia, Brazil and the last-minute entry of Dubai.

Upon the award ceremony, fireworks were launched at Burj Khalifa,  the next day was declared a national holiday across the country.

Just like most people, we can’t wait to attend this amazing event next year! We have been following the progress since 2014. Dubai is like our second home,

There’s so much to see and do check out of the videos and photos of Dubai.

The layout was designed by the American firm HOK.  According to the design, there will be a central square called Al Wasl surrounded by 3 districts illustrating the themes of

The main premise of the expo is centred on Dubai’s latest investments in real estate and urban development.

For instance, there were great attempts to build environmental avenues and large botanical gardens. They also introduced a Solar Power Project that is meant to be the world’s largest to date.

These projects, some of which are still under development, are going to be exhibited at the expo.

The  Expo is expected to raise the overall welfare of the nation. Sheikh Mohammed bin Rashid Al Maktoum emphasized the importance of the expo in the improvement of the economy.

He stated the at least 40 billion USD will be invested in the development of various projects.

Furthermore, he stated that the preparation stage alone will give rise to a new jobs.

He also predicts that the tourism sector will highly benefit from the expo with an expect increase of the number of visitors up to 100 million a year.

The expo is the first ever to be held in the Middle East & North Africa & South Asia region. So far, 133 countries have announced their participation including the US, the UK, Canada, Australia, New Zealand, South Africa, Brazil, Chile, Switzerland, etc.

Robby Adams Debut Single “Up And Down” Out Now