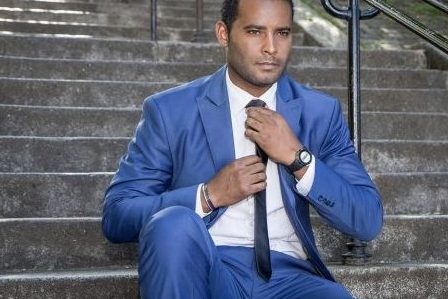 Born March 9, 1978 in Abidjan, Cote D’Ivoire (Ivory Coast), Ray Reboul is a film actor. Ray grew up in the Ivory Coast and then in France, raised by his paternal grandmother.

It’s in France Ray studied management and savings before starting a career as a model for 10 years in Paris, Cape Town, Shanghai, London and Los Angeles.

He made his first steps as an actor next to Brigitte Fossey, Jimmy Jean-louis, Barry Primus, Xavier Letourneur, Emile Abossolo and many more…

After only 6 years as an actor, he received the award for best Actor in 2013 Golden crown Awards Abidjan film.

“I never knew what it was to be a star, but I always run after the glory … I never forget where I come from….’