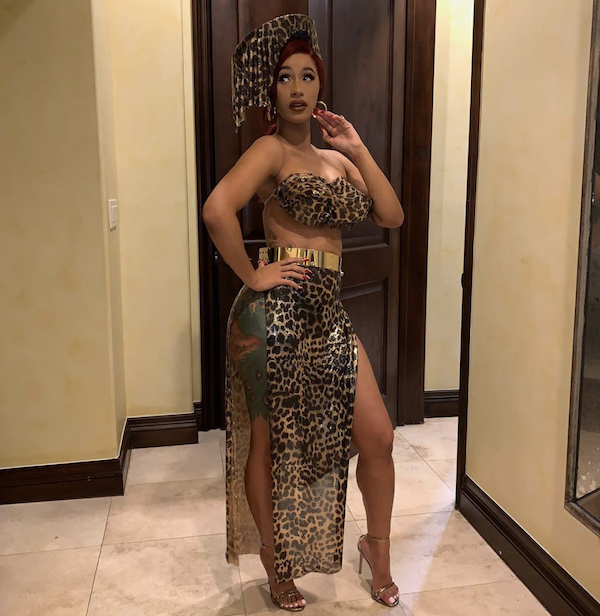 Happy Birthday to Multi-Award winning rapper Cardi B. Join us in wishing her an amazing birthday!

FAMOUS BIRTHDAYS TODAY- All ABOUT THE UNSTOPPABLE RISE OF CARDI B

From her catchy and chart-topping songs to her fascinating life story, from her endless rivalry with Nicki Minaj to her controversial social media statements, Cardi B has evoked a feeling in everyone.

Whether we like or hate her, everyone has heard of her name one way or another. Nevertheless, her success is undeniable and unstoppable.

She never hesitates to mention her troubled childhood in interviews. Born in 1992 with the full name Belcalis Marlenis Almanzar, she is the daughter of a Dominican father and a Trinidadian mother.

Growing up in Highbridge –South Bronx. The financial struggle was always a reality for Cardi B as a teenager.

She had to work as a stripper to save enough money and pay for the tuition fees. She looks at stripping as a positive experience, as it saved her from poverty and domestic violence.

Her initial fame was with her viral Wine and Instagram posts.

In 2015, she joined a VH1 reality show Love & Hip Hop New York and gained further publicity. During the contest, she was already collaborating with famous singers and rappers such as Shaggy.

Following the reality show, she released two mixtapes and appeared in several reality-show episodes, including Keeping Up With The Kardashians.

Her breakthrough single was Bodak Yellow that was released in June 2017. The song topped the Billboard Top 100 on September 2017, making her the first female solo rapper to top the chart since 1998 as well as the first Dominican singer ever to reach number one.

She received the Single of the Year award at the 2017 BET Hip Hop Awards and two nominations at the 60th Grammy Awards. Her collaborations with singers like Bruno Mars also peaked within the top 10 in the Billboard chart.

Her debut album Invasion of Privacy was released in April 2018, instantly being showered with compliments by newspaper editors. The album debuted at number one on Billboard Top 200.

Her second single I Like It established her as a new queen of rap. The song reached number one on the Hot 100 and made her the first female rapper with multiple number 1 hits.

The Maroon 5 song featuring Cardi B also reached number 1. This time, she became the sixth female artist to have numerous chart-toppers in the 2010s, while the video of the song was the most viewed on YouTube.

The same year saw her devouring the award ceremonies with three MTV Video Music Awards, and the Best Rap Album at the 61st Grammy Awards.

Her film debut, where she will starred alongside Jennifer Lopez and Constance Wu in the movie Hustlers.

Cardi B started married to Offset. The couple had their first child, a daughter, in 2018.

Check out Offset’s gift to Cardi B below. HUGE ROCK!