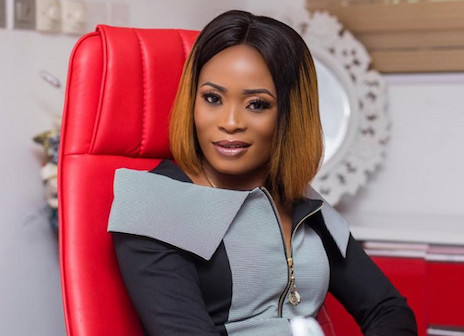 JOANA GYAN: THE YOUNG EMPRESS OF A GOLDEN EMPIRE

The CEO of the company is Joana Gyan,  a young and passionate businesswoman who grabbed attention not only with her achievements but also with her beauty and inspiring jump through many obstacles.

Born in 1985, Joana Gyan was the 19th child of parents who were employers and contractors at COCOBOD in Ghana. Due to the consequent military coups, their business was affected negatively, resulting in bankruptcy.

Throughout her childhood, Joana was always relocating with her family to Dunka and Wassa Agona. She received formal education at Wassa Agona Methodist primary school.

While attending school, the five-year-old Joana was also helping out her mother with the farm and carrying groceries of older women for extra money.

Unfortunately, this wasn’t enough. When she was only eight years old, she was introduced to the world of illegal mining.

The money she earned helped her continue her education at Denkyira Asukima catholic school and Dunkwa technical secondary school, despite the difficulties in time management due to her part-time jobs.

Unable to compartmentalize time for education, she eventually dropped out and moved to Accra, where she was helped out by some of her friends who provided accommodation for her.

She continued pursuing small businesses such as operating a phone booth, working as a laborer at construction sites, and working as a maid at the airport.

Although some distant family members with better financial status reached out to her, she refused to live under their protection.

LOVE LIFE AND MISUNDERSTANDING OF THE VGMA ADS

In 2010, Joana met a British businessman through a mutual friend who fell in love with Joana, he proposed to her, and they got married. This marked the first steps of Joana into the gold mining business.

Joana has already experienced thanks to the illegal mining operations, however, her hubby  also trained her to carry it out legally and professionally.

This initiated the first business “Jay Golden” and helped the couple to purchase gold mining sites.

Her husband passed away in 2012, she used some of their savings to reach out to European investors and to create her own business.

With the help of these investments, she founded the Golden Empire Legacy LTD that would become the primary gold export company in West Africa.

She explains the success of her company through an analogy of “the tentacles deeply embedded in every single mining community in Ghana.” Her knowledge of the area gives her access to the best locations for gold extraction.

JOANA GYAN MESSAGE TO THE PUBLIC

In a recent interview, Joana expressed gratitude as she realized she was finally able to wear high-quality pants instead of torn pants that she had during the times of hard labor.

Despite her influential life story, Joana is currently struggling with investors who are skeptical due to the scandal of another gold trade company called Menzgold Ghana Limited.

In 2018, the company was shut-down due to problems with its operating license.

She also explained  the VGMA ads ‘The first fool is not a fool’ and wanted all Ghanaians to know that she is not a FRAUD!

Joana Gyan also said that is not fair for people to jump to conclusion that she’s a scammer. Her story is very inspiring. From a housemaid, illegal gold miner to CEO of companies and a including a gold company that he runs legally.

She has also cautioned those who are trying to tarnish her legacy to put and end to it.

The CEO NAM1 (Nana Appiah Mensah) has left the country ever since and in Dubai and  customers are still waiting to reclaim their investments and deposits.

When asked about the situation, a representative at Golden State Empire stated that they are different from Menzgold since they are more transparent with sharing the procedures and the transactions involved.

Despite these explanations, many Ghanaians are not convinced and are looking out for similarities between the two companies.

For example, both CEOs own media firms and have signed record labels with music groups.