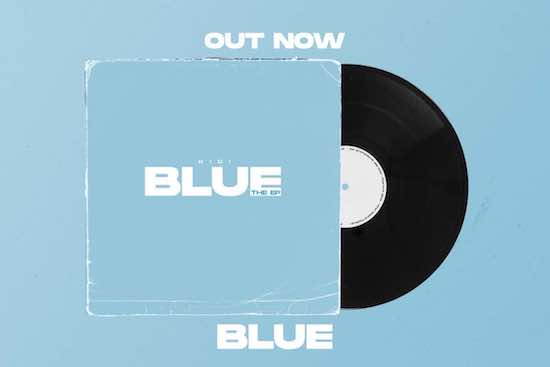 Kidi has dropped an ‘extended play’ EP of five tracks. The EP features Ghanaian-South African singer and songwriter, Adina on one of the songs.

The song includes, lead single, ‘Say Cheese’, ‘One Man’ Ft. Adina, ‘End In Tears’, ‘Freaky Lord’ and ‘Next Time I See You. The team that helped with the production of the EP include, Kayso, Richie Mensah, DatBeatGod, MOG and Nova.

Describing the inspiration behind the title “Blue” for the EP, the say you love me hit maker disclosed that blue is his favourite colour. Also, the colour of the sky and the ocean is blue.

It is mostly related to strength and firmness. It represents order, calmness, healing, hope, faith and heaven.

Therefore, he thought of the pandemic and the panic and economic difficulties associated with this it and decide to name the ep blue to heal people psychologically with the calming effect of the colour blue.

Kidi disclosed that, he had not planned for any projects this year because he was preparing to work on his upcoming album to be released in 2021.

However, this particular project was sparked by the coronavirus outbreak. The artiste revealed that he now spends most of his time recording at the studio due to the controversies associated with the pandemic.

He said staying at home made him explore his versatility as a phenomenal artist by recording songs with different vibes and tunes aside his usual music genre to put up this project because music is the best therapy to inspire, heal and cheer people in this phase of trying times.

According to the high life and Afrobeats singer, Adina a great talent that every artiste would love to perform together with. she was the only featured artiste on the EP because he never planned this project.

Nonetheless, both who were just playing around some rhythms at the studio during his recording session which ended in a collaboration.

Kidi stated that, though he was just waiting for a perfect time to feature Adina on a song because his fans had requested for it for so long but the opportunity brought itself through these lockdown period which was worth for a collaboration.

Unlike his debut album, Sugar comprising of twelve songs which was followed with a movie, the ‘Blue’ EP, which was released on March 08, was accompanied with a 60 munities life band virtual concert on TV3.

He said the Covid-19 crisis shouldn’t denigrate the essence of one’s life so, the songs in the EP is meant to strengthen and give hope to us in this difficult era.

Kidi has been successful with back to back hit since achieving prominence in 2015 after emerging as the winner of the 2015 MTN Hitmaker competition.

BLUE EP OUT ON ALL DIGITAL PLATFORMS

Office Wear Inspiration: What to Wear to Work…