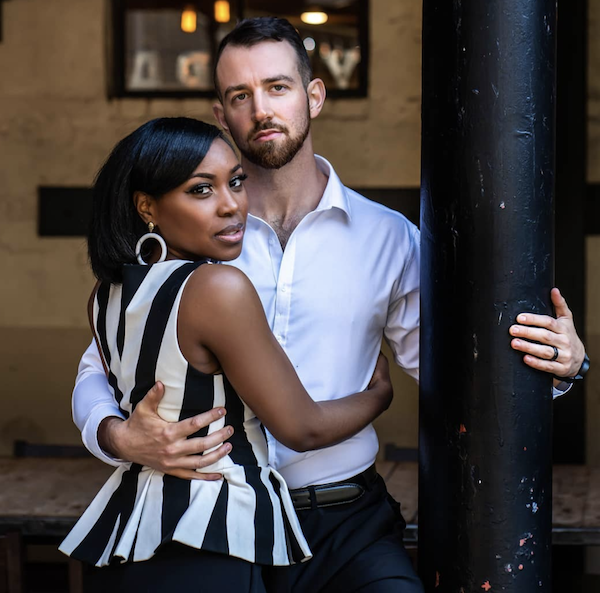 Meet our favourite couple from Love Is Blind: Cameron Hamilton and Lauren Speed

Love is blind is a Netflix dating reality television series, which allows  men and women to begin their love life through conversations in different pods without setting eyes on each other in a speed dating format.

At the end of the show, some contestants in this reality show finds their right partners, get married.

Others might not be able to find their life partners and decide to split while others get into serious relationships.

Cameron Hamilton and Lauren Speed happens to be part of the contestants who were hoping to find love at the end of the season.

The two were coupled up and throughout the stages of the series they made things work for each other.

Through their chat, they got to know themselves, their families and realised they were compatible.

According to Lauren, she realised on their third date they were meant for each other. They both discussed their families, they both felt emotional and cried together.

She further explained in an interview that Cameron is the only guy in the house he got physically and emotionally connected to.

She stated that, Cameron’s date was completely on a different level. The two, in their entire competition, from pods to meeting the parents, their love never faltered.

Cameron and Lauren got married, during the filming of the first season of love is blind and till now, the couple are still together. Sorry spoiler alert!

Cameron is a 29-year-old gentleman who works as a tech consultant and based in Atlanta. Lauren is also from Atlanta, 32 years and the founder of a multimedia creative company known as the Speed Brand.

Other contestants include, Amber Pike and Matthew Barnett, married; Giannina Gibelli and Damian Powers, in a relationship; Jessica Batten and Mark Cuevas, Kelly Chase and Kenny Barnes all split at wedding.

Those who separated before wedding are, Diamond Jack and Carlton Morton, Danielle Droiun and Rory Newbrough, Lexie Skipper and Westley Baer.

We have watched Love Is Blind several time! This is one of the much watch series on Netflix