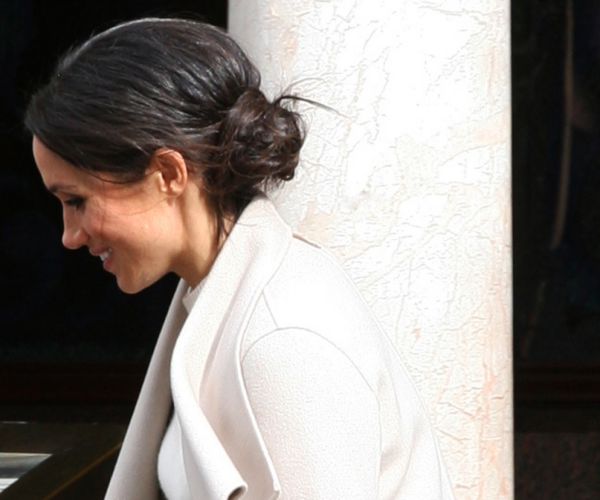 SMART STYLING CHOICES FOR WOMEN SOON TO BE EMPLOYED

It had been five months since the Meghan took maternity leave. For the first time after the birth, she partook in a solo work engagement by launching the new Smart Works capsule collection in London.

The designs she created are called the Smart Set. The work clothes for women are designed to help women boost self-confidence before attending interviews.

As the royal patron of the charity Smart Works, her aim is to coach unemployed women by assisting with career decisions and job interviews.

The fashion line benefits the charity significantly since one piece will be donated to Smart Works for every purchase made. It was reported that the bags were already sold out in the U.K.

Through these donations, women who can’t afford to buy new clothes will have a chance to look classy for new job opportunities.

For her designs, she received help from distinguished designers, some of whom are her close friends.

For instance, the designer Misha Nonoo previously revealed to PEOPLE magazine that she was to go to collaborate with Meghan for her charity project to contribute to women empowerment.

She created blouses for the collection, while the brand Jigsaw created a women’s suit. Markle also collaborated with Marks & Spencer and John Lewis & Partners, who designed dresses and bags suitable for the work environment.

Giving a short speech at the event, Meghan said:

“When I first moved to the U.K. it was incredibly important to me personally to be able to connect with people on the ground, who were doing significant work. One of the places that I went to early on was Smart Works.

To be able to have one small project that has such a big impact is something I’m connected to.”

She also stated that the charity would provide styling sessions as well.

This was important to her, as the racks of clothing at Smart Works can have mismatching styles. So, the right stylistic choices are required for the best possible look.

During the event, Meghan also made sweet comments about Archie. Before leaving the event, she was overheard saying, “I’ve got to get back to the baby; it’s feed time.”

On a side note, some critics were judging the design pieces for being too expensive.

Meghan explained that the entire point of subsidizing the prices was so that one could be donated to the charity after every purchase.