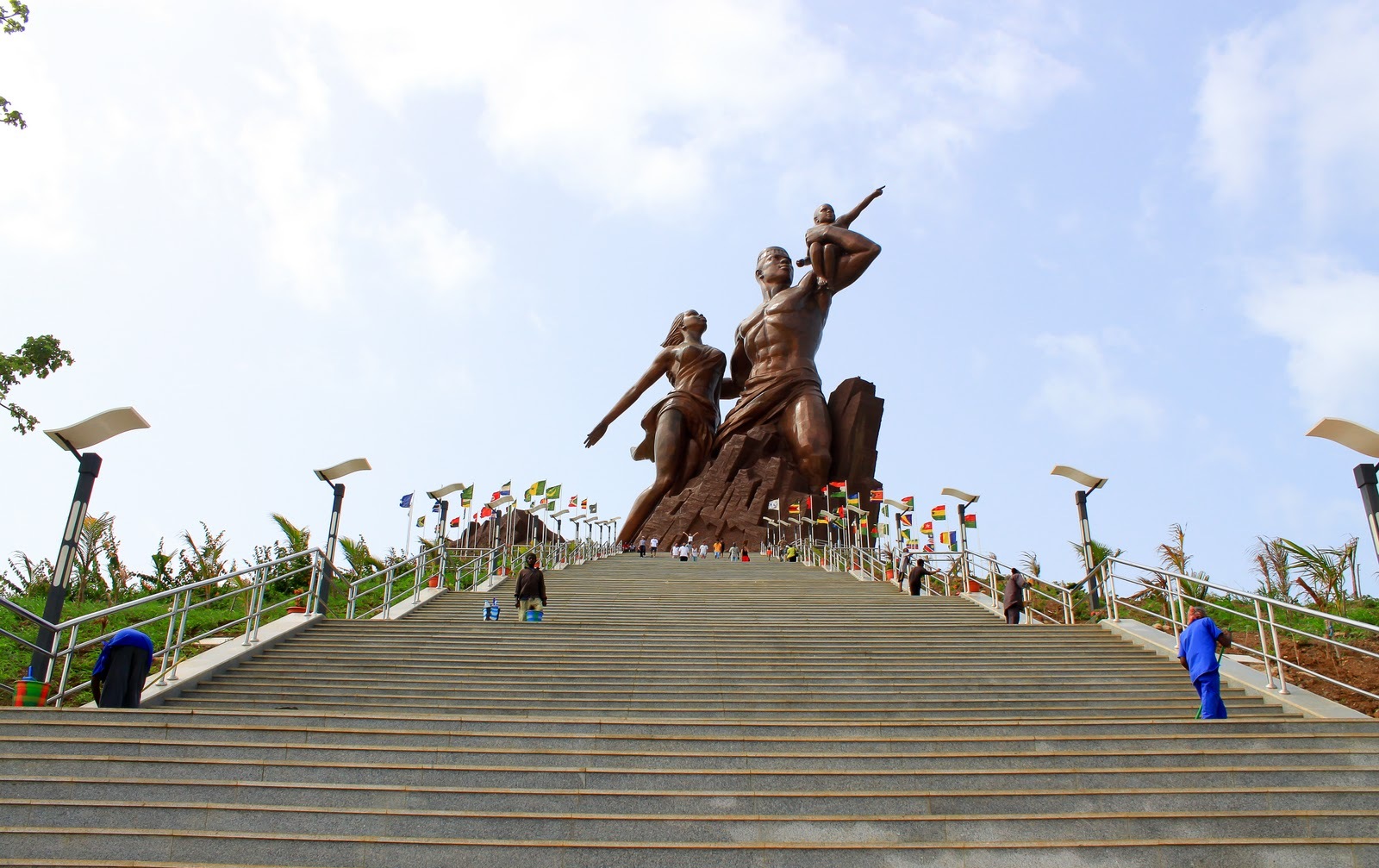 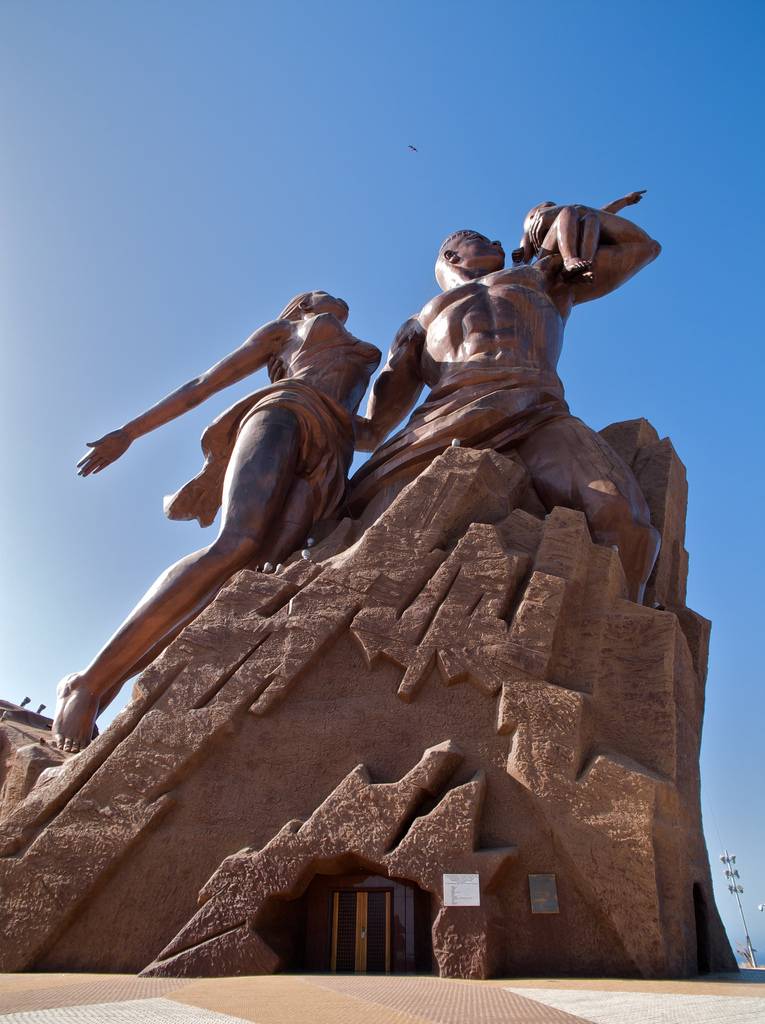 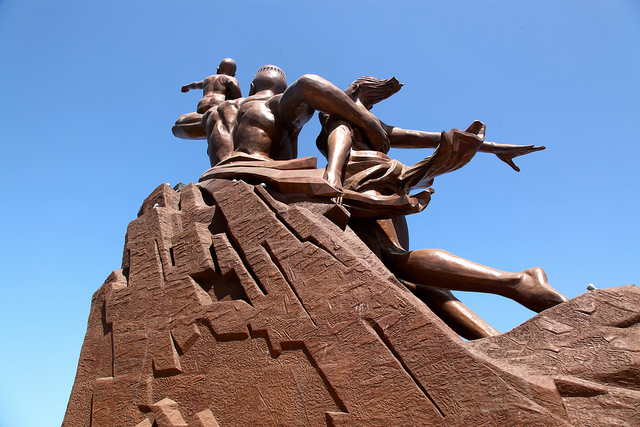 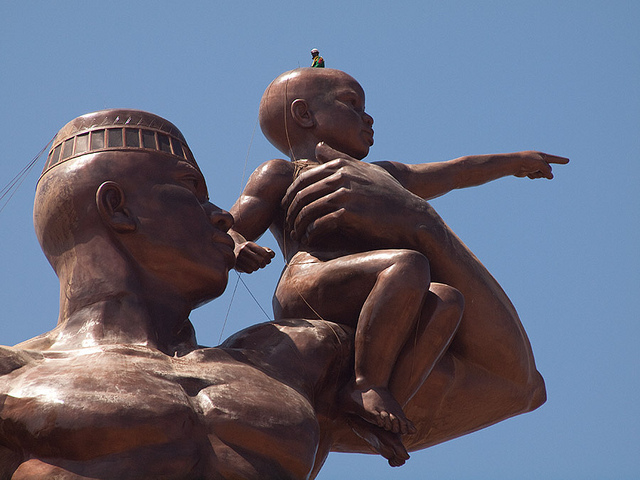 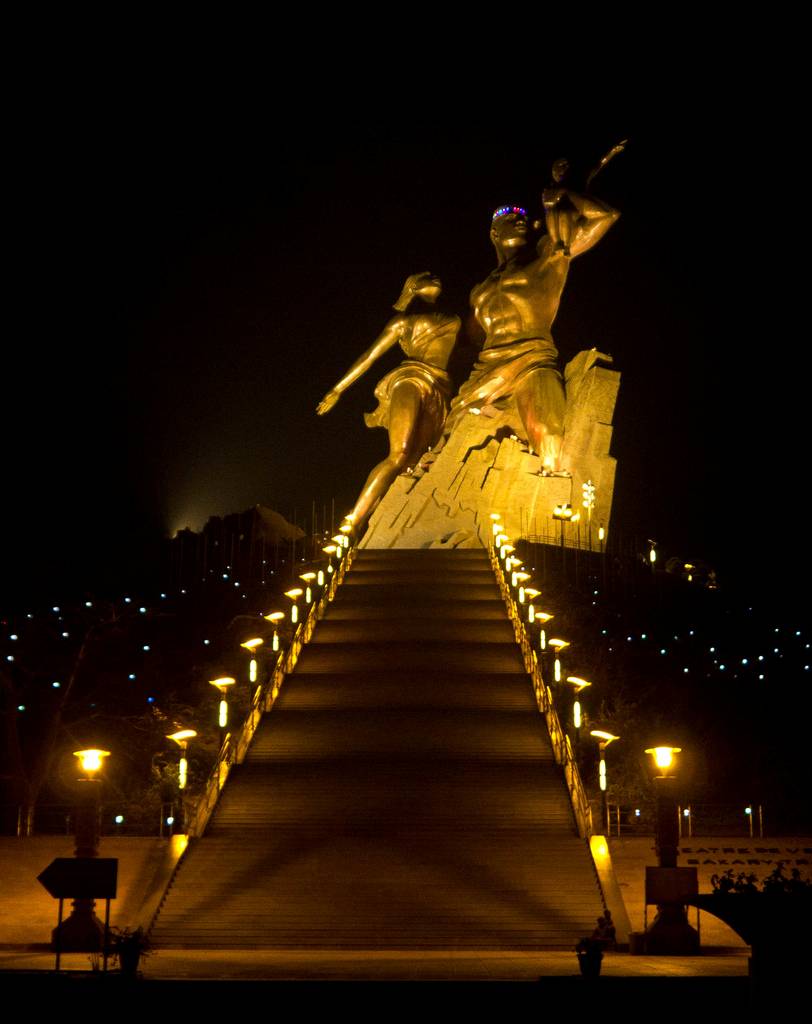 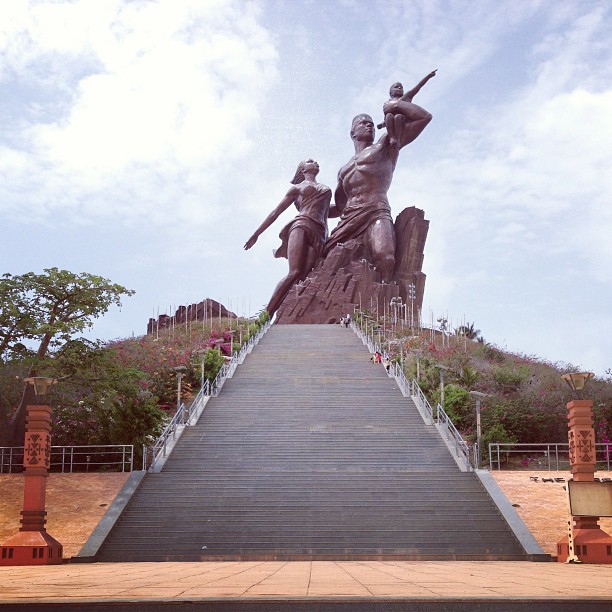 At one hundred and fifty meters in height the Monument to African Renaissance dominates the skyline of the Senegalese capital of Dakar. Its scale is quite breath-taking. Taller than New York’s Statue of Liberty and Rio de Janeiro’s  Renaissance Monument or Le Monument de la Renaissance Africaine is Africa’s tallest statue.

A strong man with Romanesque muscles and a broad chest, lifts a child into the air with his impossibly robust left arm. With his right, he supports a scantily clad woman who gazes at him admiringly. Barely clothed, her ample chest is thrust forward seductively

The statue overlooks the Atlantic Ocean from atop one of two twin hills and was completed in 2010 to commemorate the 50th anniversary of the country’s independence from France.  The symbolism isn’t difficult to grasp: the statue seems to represent the basic building block of African society, the family.

Though subject to criticism for its large cost and foreign designers, the statue remains a popular destination for tourists and locals alike.

Thinking  of visiting Africa? Why not go to Senegal.