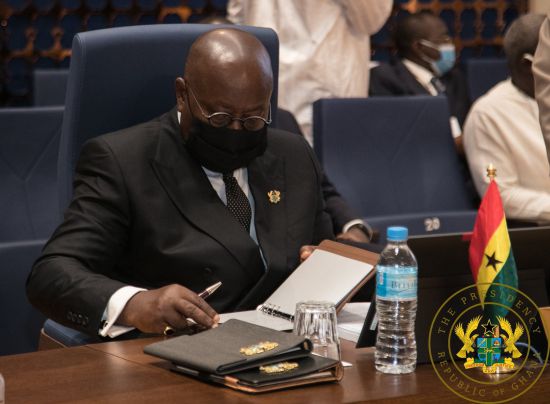 Congratulations are in order ! The president of the republic of Ghana has been elected as the newly chairman of the ECOWAS today at the current 57th ECOWAS conference held in Niamey.

The ongoing summit will see all heads of state in West Africa brainstorming reports from the 44th Ordinary Session of the Mediation and review issues pertaining Security Council, COVID-19 situation in West Africa, the ECOWAS Single Currency Programme among several others.

President Akufo-Addo is said to have taken over from the outgone ECOWAS chairman President Mahamadou Issoufou, President of the Republic of Niger.

His Excellency Nana Akufo-Addo currently doubling as the chairman of the ECOWAS will be given the platform to give his acceptance speech at the summit later in the day.

Leading the Ghanaian delegates to the ECOWAS summit, president Akufo-Addo left Ghana today and was accompanied by some selected Ghanaian officials including,

Hon. Shirley Ayorkor Botchway, Minister for Foreign Affairs; Ken Ofori-Atta, Minister for Finance; Governor of the Bank of Ghana, Dr. Ernest Addison; the Foreign Ministry and officials of the Presidency.

He chaired the discussion and took over from Ivorian President Allasane Ouattara, Akufo-Addo becomes the next Ghanaian president to occupy the esteemed position.

Once again congratulations Mr. President on this new chapter for service to humanity.