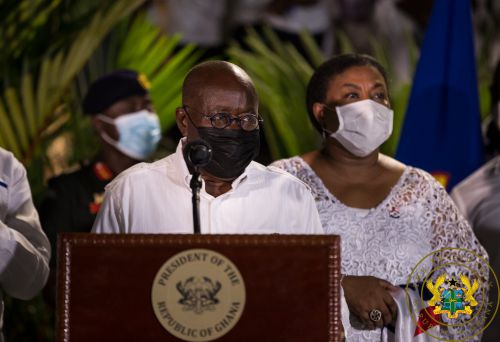 Congratulations are in order! Ghanaian sitting president and leader of the New Patriotic Party (NPP) wins 2020 elections to serve for a second term as well as his final term in governance.

This comes after the Electoral Commission of Ghana officially declared the presidential results for the December 07, 2020 elections on the eve of Wednesday, December 09, 2020.

Despite the Covid 19 fears, Ghana’s election was held smoothly with the necessary precautionary measures taken against the virus and ended in a peaceful mode following the official verdict by the EC.

Chairperson of the EC, Jean Adukwei Mensa congratulated the winning party for the incredible achievement and applauded the EC officials and all other institutional bodies who contributed to the peaceful elections in this pandemic era.

The EC stated that one constituency had its result being doubtful but the figures there wouldn’t change anything even if they are to be in favour of the NDC.

The election officials took their time to carefully count the votes at various polling centers for a maximum of 2 days before coming out with the official announcement regarding the winning candidate for the presidential elections.

For about 20years, Ghana has carried out democratic transfer of power successfully against several African countries engaging in violence with this year’s elections.

Throughout these years, in Ghana’s general elections, the two major candidates sign a bond for peaceful election prior to the day electorates go to the polls. 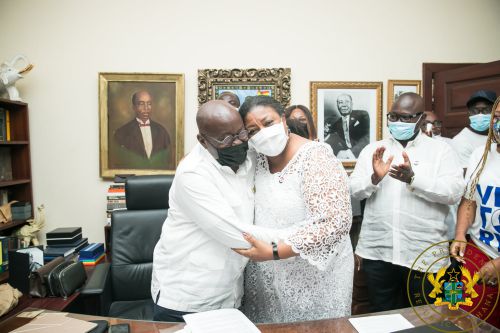 On Friday December 04, 2020, the leading parties signed an agreement to resolve any differences in courts to prevent potential disagreement and violence during and after the elections.

Now the NPP have been given another chance by Ghanaian citizens to continue their work in office which emphasizes on campaign policies such as the free education, one district one factory, employments among others.

The result has called for jubilations around the regional strongholds of the NPP with a lot of congratulatory messages showered on the president’s page and all other social media platforms.

Political leaders around the world have also congratulated the president for his success.

President Akufo-Addo who is 76 years became Ghana’s president in 2017 on his third competition after losing for two consecutive times as presidential candidate for the New Patrotic Party (NPP).

For the third time, he contended with John Dramani Mahama who is 62 years in the electoral race and winning in the third elections makes him a second time victorious against the opposition following former president Mahama’s victory in 2012 elections.

Congratulations to the president- elect Nana Addo Dankwa Akufo-Addo for another tenure in office.