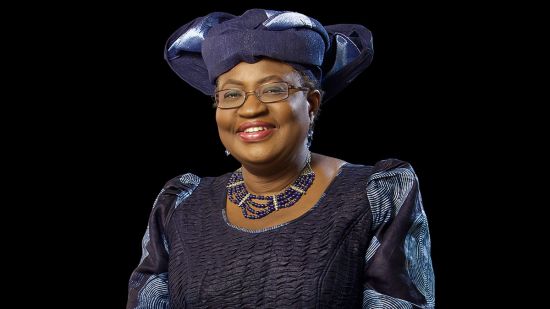 History Maker! Dr. Ngozi Okonjo-Iweala has become The First woman And The First African The World Trade Organization Chief since 1995.

Who is Dr. Ngozi Okonjo-Iweala?

Dr. Ngozi Okonjo-Iweala has recently been hitting the media headlines across the world— for good reasons of course. Many people might be wondering, who is this iconic woman? Well, let me briefly take you through who she really is.

Dr. Ngozi Okonjo-Iweala is an international development expert and a seasoned economist. Ngozi is a Nigerian-American woman, born on 13th June 1954.

Dr. Okonjo-Iweala also sits on boards of various organizations such as Twitter, Standard Chartered Bank, African Risk Capacity, and the Global Alliance for Vaccines and Immunization.

Previously, Dr. Ngozi worked as a development economist at the World Bank for 25 years. She scaled the ranks to the second position of the managing director of operations. She had also served for two terms as Nigeria’s finance minister— 2003 to 2006 under President Olusegun Obasanjo, and 2011 to 2015 under President Goodluck Jonathan.

She was also the only finance minister to have served under two presidents in Nigeria. Seemingly, whenever Dr. Ngozi lands, she is always breaking barriers and getting in history books as the first woman to have ever done so. That’s not all, Dr. Ngozi was also named as the global finance minister of the year in the year 2005 by Euromoney.

Dr. Ngozi Okonjo-Iweala is an inspiration to women all over the world, and particularly in Africa. She has been in careers that are mostly dominated by men and excelled in all of them.

She has set the standards that any person would aspire to achieve, and by doing so, she has proved to all women in the world and especially in Africa, that they can dominate not only the continent but also the world.

Dr. Ngozi’s life is an existing proof of how much dedication and hard work coupled with selflessness can drive a person person to greater heights, surpassing all the hurdles on the way.

Her actions and achievements will forever remain a lesson and motivation to many for generations to come.