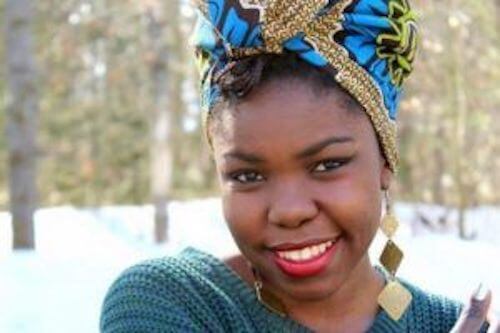 The Chair of Judges, Jackie May MBE, announced Okwiri Oduor as the winner of the £10,000 prize at a dinner held this evening (Monday, 14 July) at the Bodleian Library in Oxford.

‘My Father’s Head’ explores the narrator’s difficulty in dealing with the loss of her father and looks at the themes of memory, loss and loneliness. The narrator works in an old people’s home and comes into contact with a priest, giving her the courage to recall her buried memories of her father.

Jackie Kay praised the story, saying, “Okwiri Oduor is a writer we are all really excited to have discovered. ‘My Father’s Head’ is an uplifting story about mourning – Joycean in its reach. She exercises an extraordinary amount of control and yet the story is subtle, tender and moving. It is a story you want to return to the minute you finish it.”

Okwiri Oduor directed the inaugural Writivism Literary Festival in Kampala, Uganda in August 2013. Her novella, The Dream Chasers was highly commended in the Commonwealth Book Prize, 2012. She is a 2014 MacDowell Colony fellow and is currently at work on her debut novel.