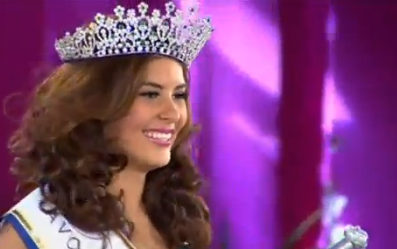 The bodies of Honduran beauty queen Maria Jose Alvarado, 19, and her sister have been found nearly a week after the two women disappeared. According to the police they were shot and their bodies buried in a field by a river. Two men have been arrested, and one of them is allegedly believed to be the boyfriend of  Maria Jose

Ms Alvarado and Sofia Trinidad, 23, vanished on Thursday after being seen leaving a party near the northern city of Santa Barbara.

Maria Jose Alvarado was due to compete in the Miss World contest in London. The organisers of the contest joined in paying tribute to the dead women…

Our thoughts and prayers are with the family