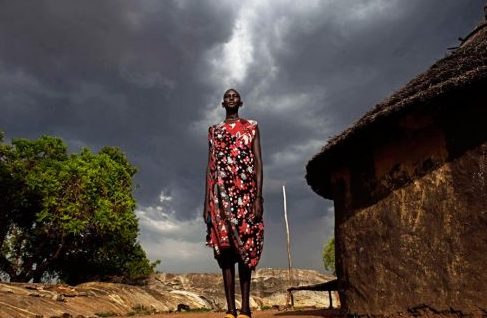 The Dinka people of South Sudan are believed to be the tallest in Africa. Today, this African race in its more or less pure form lives mainly in the southern Sudan and surrounding areas.

The most famous group and more racially preserved of the Sudanese race are the Nilotic tribes (from Upper Nile area).

The most famous are Maasai, Turkana, Samburu and Dinka, whose main occupation is animal husbandry.  Dinka people do not eat during daytime.

In the evening, the family gathers around the fire to eat milk, fish, cooked water tubers, vegetables and rarely goat meat…

Dikembe ((Height: 7′ 2″) is a retired basketball player who use to play for the Houston Rockets of the NBA…. 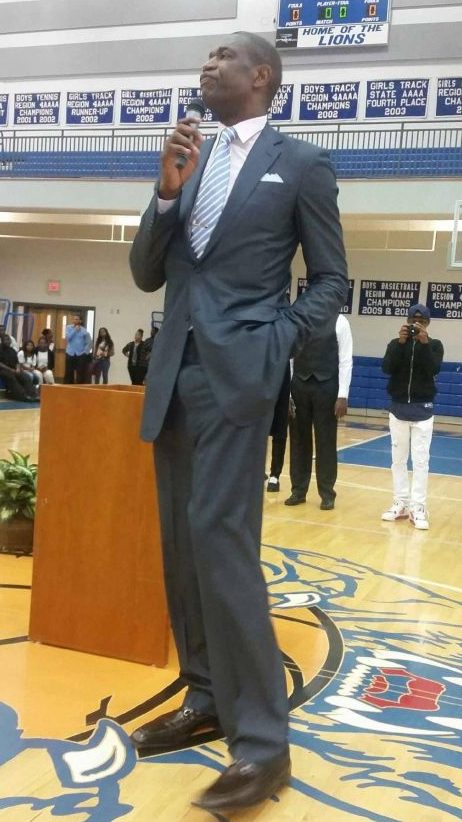 Dikembe Mutombo is a well known humanitarian in his native DR Congo.

Luol Deng of the Minnesota Timberwolves is originally from Wau in South Sudan (Height: 6ft. 9 inches).

Award winning Nigerian born British artist, Oladapo Fagbenle, popularly known as Daps, (Height: 6′ 9″) is a former NCAA athlete, now a video director Daps is known for directing best music videos for recording artists such as Migos, Davido, Wizkid Plug Walk, Stormzy, Kendrick Lamar, Afeez Agoro of Nigeria 7ft…
MMA Heavyweight fighter Francis Ngannou is 6ft.4′
Francis Ngannou is a Heavyweight Mixed Martial Arts Champion who hails from Cameroon.
The precarious situation made him find himself on the path of life where he had to hustle and make ends meet as well as being independent at an early age. Hence, he took his debut job at the age of 10 in a sand quarry in his hometown, Batié to support himself. 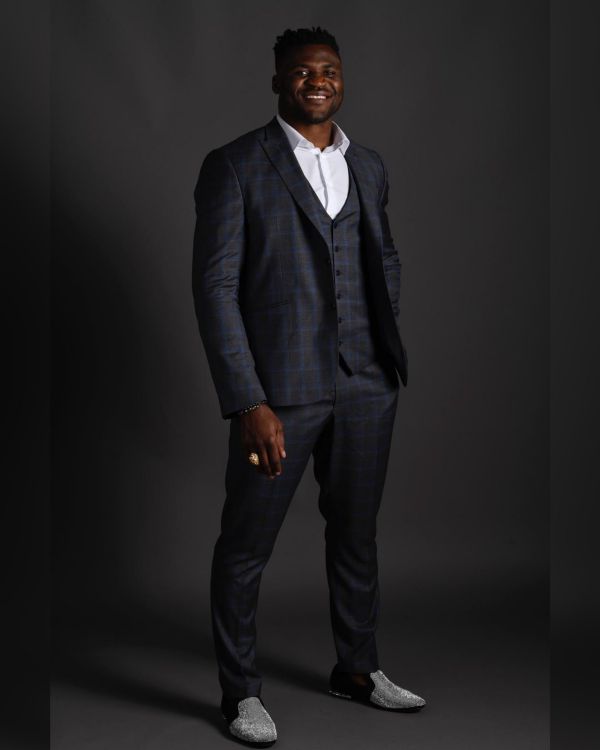 Chinenye Ogwumike (6.3ft) is an WNBA player and  the president of the WNBPA

Bismack Biyombo is a Congolese professional basketball player, this NBA center is 6.9ft. Biyombo comes from a huge family  and has about 7 siblings (very common in Africa) he speaks more than 4 languages: Swahili, English, Spanish, French. 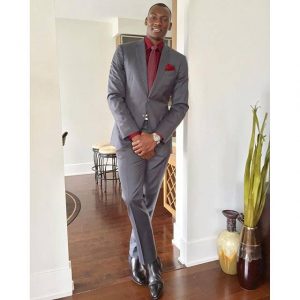 Holly Burt has the longest legs in America 6ft.5′

Manute Bol: With a height of 7 ft 7 inches, he is one of the tallest NBA players. His family is of the ethnic group Dinka known for being exceptionally tall, so there wasn’t a family member under 6 ft 8 inches. I

nitially playing for Cleveland State University, he joined the 1985 NBA Draft and was drafted by the Washington Bullets. Between 1985 and 1997, he was traded back and forth between Washington Bullets, Golden State Warriors, Philadelphia 76ers and Miami Heat. Following the diagnosis of rheumatism, he had to retire in 1998.

He passed away in 2010 due to acute kidney failure, but left a great legacy as an inspiration for young sportsmen in Sudan

Now if you will excuse us, we’re off to look for some high heels we can’t afford to be left out!