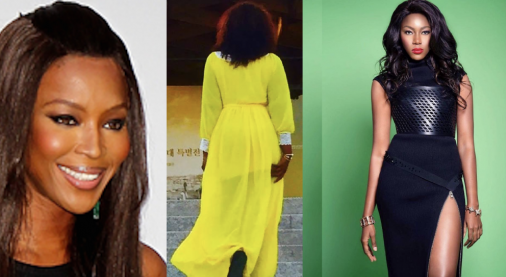 Everyone holds different heights, Check out some of the tallest int world, in no particular order. 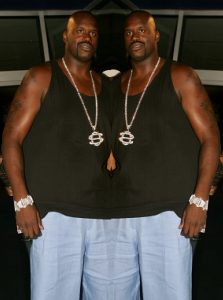 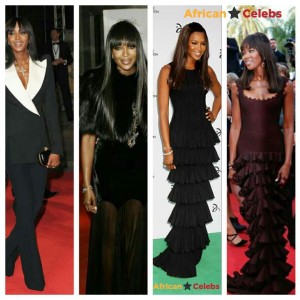 Popularly known as RMD, Richard Mofe-Damijo (Height: 6’2) was born July 6, 1961 he is a Nigerian actor and politician.

In 2005 he won the African Movie Academy Award for Best Actor in a Leading Role.

Alek Wek  is very famous is the world especially in the fashion industry, she has modelled for the likes of Chanel, Calvin Klein, John Galliano, Christian Dior, Jean Paul Gaultier, Michael Kors, Karl Lagerfeld and more.

Her book ‘The Extraordinary Life of a Sudanese Refugee’ tells her inspiring story, from war torn zone in Sudan,

how she and her family were able to escape when she was just 14 years…. Alek Wek has also appeared as a guest judge on America’s Next Top Model…

The stunning and gorgeous Film Producer,  Actress and Entrepreneur , (Height 6′ 0”)

Yvonne Nelson shot to fame after a big-screen role in Princess Tyra and Playboy.

Yvonne has since become a household name in the whole of Africa and overseas. She has starred in hundreds of Ghanaian and Nigerian movies…

He attended Midwest College, Warri and Anglican Grammar School and was a member of the Drama Club.

This amazing American dancer is getting the best out of entertainment today. Amazon Ashley is one of the most sought social media queen. She’s 6 ft ‘7’ inches tall

She now boasts over 150,000 followers on Instagram alone and her rise to prominence can be traced to her connections with numerous celebrity personnel.  The outstanding lady has toured around the world with many artists and singers. However, her tour with Miley Cyrus all of a sudden enthralled zest of audiences and became the public figure overnight.

Till the moment, Amazon Ashley has decided to make her love life a secret but it is certain the career woman is still single. In 2015, Ashley said she hopes to find a woman that processes the characteristics of a popular American basketball veteran, Blake Griffin. We hope to see her succeed in all her endeavors.

To cap it all, celebrities are making things work and one can surely take positives from the lives of these people. Yes, they may choose to be celebrities, however, it is the people that made them who they are today.

Why should the same people think celebrities are any different now that they have risen to stardom? No one was born with a heart of stone, therefore, we should see them as people like us living normal day life.

he is one of the celebs who give back to the community. The former child solder ”gives a voice to other refugees, especially now we have emergencies all over Africa.

It is easy to forget the situation that is ongoing for a long time. He needed voice in creating awareness on refugees in Kenya and in Africa.”

The Cameroonian giant who stands at  7′ 0″ is a top basketball player that plays for the Philadelphia 76ers in the NBA league. Joel Embiid’s record breaking career has served an inspiration to many African amateur basket ball players. The skillful basketball player has since his debut in 2014 (following his one year college spell with Kansas) lived up to expectation as he continues to be indispensable in hi squad.

Rumor recently has it that the golden boy is in a relationship with the American sensational hip hop star, Rihanna, however, the news is yet to be confirmed. The successful player continues to work hard to meet up with the demands of his fans.

Bob-Manuel Udokwu is a Nollywood actor, director, producer and politician. He is 6′ 0” tall.

Bob-Manuel is a graduate of University of Port Harcort with a Certificate and Bachelors of Arts Degree in Theatre Arts with a MBA in Political Science….

Bob-Manuel Udokwu  first starred in the TV series  “CHECKMATE” between 1991 and 1995. He has since featured in numerous movies… We love all his movies how about you?

Kwame aged 14 is believed to be the tallest student from Agona Swedru in the Central Region of Ghana. He is 6′ 7”

The Tallest People in the World