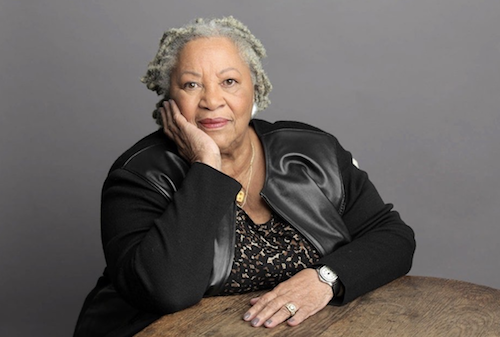 Toni made remarkable contributions to modern literature, and therefore, her effort was crowned in 1993 with a Nobel Price in Literature.

She was christened Anthony when she took baptism at 12, and that led to the famous nickname, Toni. She was a very active student at Lorain High School as well as an indispensable member of the debating crew, drama club and also booked a spot in the yearbook staff.

Her quest for more knowledge took her to the prestigious Howard University, where she studied English Language. Racism didn’t  stop her from bagging a Bachelor’s degree.

Insatiable burning desire to know more than took her to Cornell University, where she eventually earned a Master of Arts in the same field, 1955.

As one of the few outstanding educationists, Toni immediately got a lecturing job, first as a lecturer at the Texas Southern University, Houston for two years before honoring the call of her Alma mater, Howard for another seven years. While at Howard,

Toni met her husband, Harold Morrison and they both got married.

In 1965, Toni became an editor and eventually the first black woman promoted to the office of the senior editor in the fiction department of the Random House.

Toni took that capacity to improve more on her skills as well as playing a vital role in showcasing the quality of African Literature to the world.

The resourceful woman released her first piece in 1970, The Bluest Eye, and since then on made novel writing a part of herself.

1987 was a blast for the cerebral novelist as the reception of her new release, Beloved, bringing her into unimaginable limelight.

Despite her societal differences, the piece, received numerous awards including the Pulitzer Award for fiction and the Anisfield-Wolf Book Price, both in 1987 and in 1993.

She became the first black woman to be honored with the highly distinguished award, Nobel Award in Literature.

The world of literature will surely miss this outstanding brainiac who in her lifetime wrote 11 novels, two dramas, five children’s books, an opera, and a song cycle…

Our prayers and thoughts goes to her family.