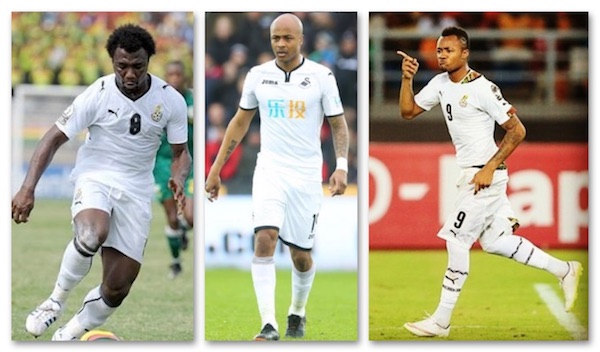 African Celebrities Who Inspire Us: The Pele Family are on top of our Fathers and Sons in football List!

Abedi Ayew, popularly known as Abedi Pele is a Ghanaian retired footballer who played for most part of his career as an attacking midfielder and captain of the Black Stars.

Abedi Pele’s hard work and talents was recruited by many European clubs such as Marseille, Lille, Lyon, Zurich, Torino among others.

In addition to the above, he is one of the Africa’s most decorated footballers ever, winning the African Footballer of The Year on three occasions.

He earned himself a top placing in voting at the 1991 and 1992 FIFA World Player of the Year.

MORE AFRICAN CELEBRITIES WHO INSPIRE US

He is blessed as many Ghanaian would say, breathes football and definitely must have birthed football.

Sure he did as all his three sons grew up to become world renowned footballers.

The Ayew brothers played a patriotic part to their nation by representing Ghana national team and all the 3 made remarkable contributions to their country.

Currently, Rahim Ayew, André Ayew and Jordan Ayew are playing in top clubs in Europe and are all making remarkable impacts to their respective clubs.

At a point in time, Andre and Jordan were playing for the same club Swansea City F.C before Jordan’s loan at the Crystal Palace F.C.

Abedi Pele gave birth to attackers and scorers,  However, Rahim Ayew’s talent in the middle of the pitch, shielding the defenders.

The Ayew Family Are Huge Inspiration To The World