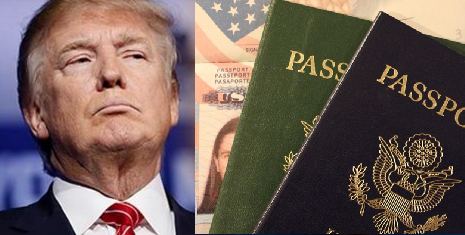 President Trump is expected to sign executive orders that will restrict or completely ban immigration to America by citizens of several Middle East.

In addition to the above, are 3 African countries and also the construction of a wall on the US-Mexico border.

According to reports,President Trump intends to limit the number of refugees/ asylum seekers entering the U.S by the end of  September 2017.

President  tweeted ‘Big day planned on NATIONAL SECURITY tomorrow. Among many other things, we will build the wall!’ ~ President Trump

‘Beginning today, the United States of America gets back control of its borders.’~ President Trump

The 7 countries that will be affected by the executive orders with their citizens being denied visas to the US are:

The executive order would ban anyone from the above Muslim countries, all non- U.S citizens from entering the U.S. Other sources say visa and green card holders already in the U.S. will be allowed to stay.

Most undocumented or illegal immigrants in America are also worried that the ban will not only affect the above mentioned countries, but they might also face deportation…