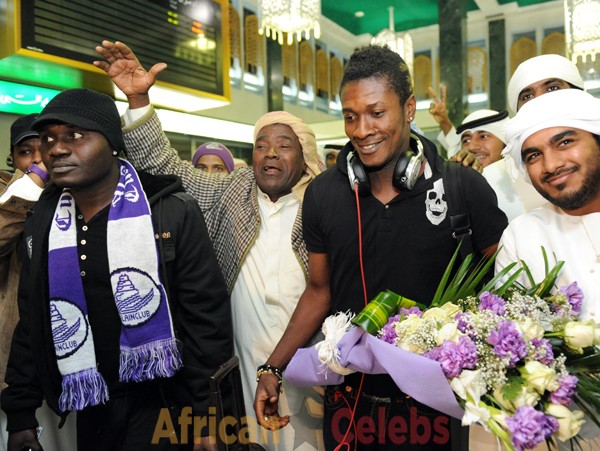 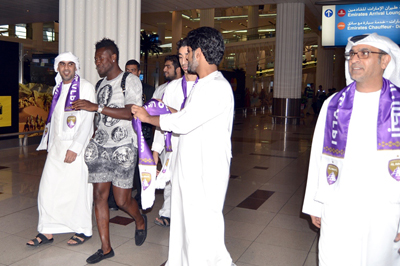 Al Ain fans thronged the Dubai airport on Monday morning to welcome their talisman Asamoah Gyan, GHANASoccernet.com can exclusively report.  Tens of the fans wore Al Ain scarfs and shirts and greeted the player in the airport and presented him an elegant bouquet of roses.

The Ghana captain delayed his arrival at the club after a holiday trip with friends at the beach resort turned sour.

Gyan’s close pal and musician friend Theophilus Tagoe, popularly known as Castro, was involved in a jet ski accident leading to his disappearance.

As a result, he missed his club’s two-week training camp in Italy which ended with a 2-1 friendly victory against English League One side Barnsley on Saturday.

The 28-year-old will meet up with the rest of the squad, who returned to theMiddle East on Saturday from their Montecatini Terme base.

Gyan is expected to feature in friendlies with Al Kuwait SC on Wednesday and Saudi’s Al Nasr on Friday.

Al Ain depart for another European tour in Austria on 31 July.