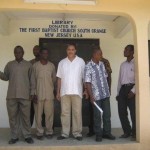 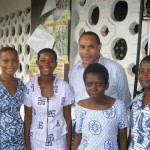 Don Felder, a wealthy African American businessman, has paid to build and equip schools in rural areas of Ghana.  He’s given some students scholarships to attend those schools and funded water and other projects throughout the West African country. Much of that work has gone unnoticed by the general public, but his generosity has had a significant impact on the lives of those he’s helped.  There’s Mary Sassa, a tall, soft-spoken woman, who’s about to complete a Master’s degree in human resources next July. Sassa, 28, grew up in the remote town of Obodan, where getting a high school diploma was an unusual accomplishment for a girl, let alone an advanced degree. “I’ve not seen any girl who has achieved where I am now. None have graduated from college,” Sassa said. “Some of them are willing to climb higher, but the money is a problem.” Read more here.