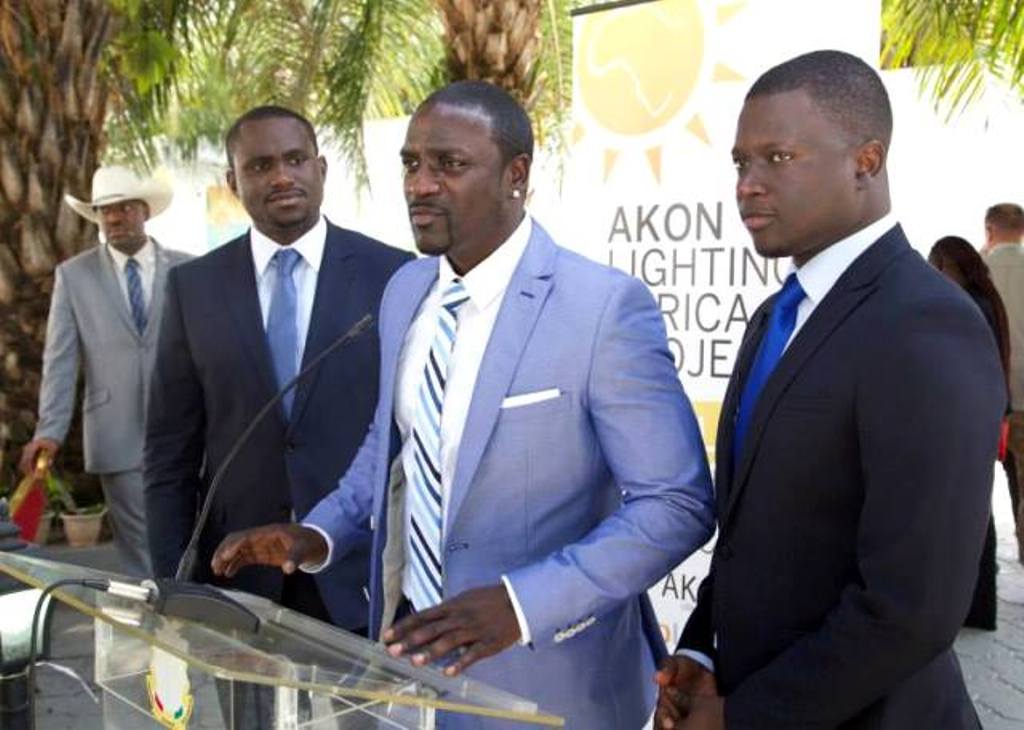 Celebs who give back: Akon, a Senegalese-American R&B/hip hop superstar has seen firsthand that Africa has had little help to try to remedy its electrical situation. Akon spent much of his childhood in Senegal, and he noticed that nothing has really changed that much since his childhood regarding the power electricity in Senegal and other  African Countries.

Best known for his hits “Smack That” and “I Wanna Love You” and other numerous awards icon. Akon has turned his attention to the development of the electrical grid in Africa working alongside Give1Project and ADS Global Corporation SA.

Akon is in partnership with Give1Project and ADS Global Corporation SA, has initiated the project “Akon Lighting Africa Project” tour which aims to bring electricity to one (1) million households in Africa by the end of 2016. The lack of electricity is currently a major problem in Africa. The Senegalese-American singer is believed to have secured $1 billion in a Chinese credit line towards his Akon Lighting Africa project.

A significant number of households in rural areas and even urban cities do not have access to electricity. The new project is termed “Akon Lighting Africa”, Akon and team are working together to see that steady electric supply is sustained in Africa. Consequently, he has kicked off the project by beginning with his home country Senegal. Keep up the good work!