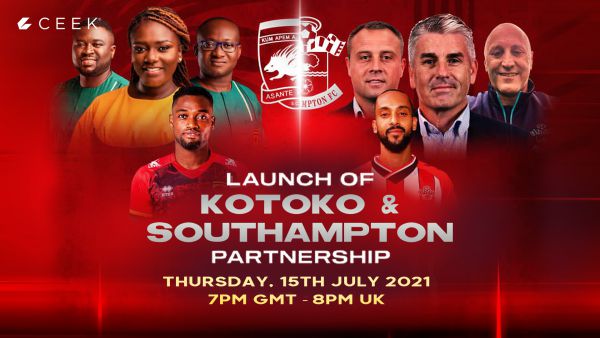 ‘Ceek has made it possible for us to partner Southampton FC . Our coaches can go and have attachment programs. SouthamptonFC will come to Ghana to have activities with us on our academy, census projects and etc.’~ Nana Yaw Amponsah

She first introduced Mary Spio, the CEO of Ceek VR who briefly talked about her background and her achievements  especially building the Ceek Vr platform.

Commenting on the partnership deal, Ms. Spio revealed that the partnership is a lucrative opportunity for both parties since Asante Kotoko is known to be one of the best in Africa and beyond and its impressive recognition in the world of business.

She further stated that hosting Asante Kotoko on the platform will pave way for football lovers  locally and in the Diaspora to watch matches, exclusives content as well as get to know their favourite players better of the pitch.

The launch saw stakeholders and club officials of the teams which included Nana Yaw Amponsah the CEO of Asante Kotoko, Mark Abrahams the Director of Business and Community Development for Southampton F.C, 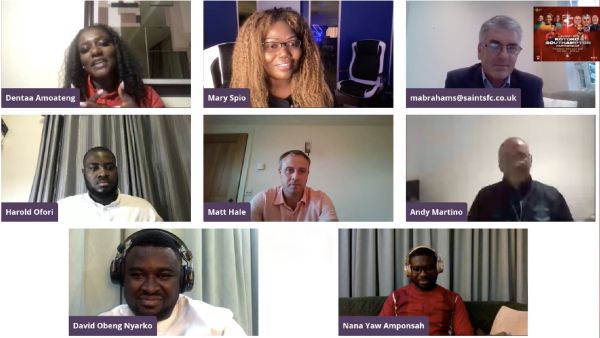 The collaboration will see both Asante Kotoko And Southampton teams learning from each other and generate a bond that will help build a solid academy for future success by producing great players.

There will be live interaction as well, where viewers can connect with their favourites players and ask question in order to draw them closer to the team.

The two teams have decided to embark on this journey together because they share similar vision and also it is the right time to add value to themselves due to the economic and social downturn caused by the Covid 19 pandemic.

It will further serve as a yardstick for competition for the football clubs to build the capacity of their players based on the experience from the pitch.

Nana Yaw Amponsah then assured fans to anticipate for the massive development from the teams and also continually rally behind the teams.

Fans have reacted positively to the Asante Kotoko And Southampton Partnership.