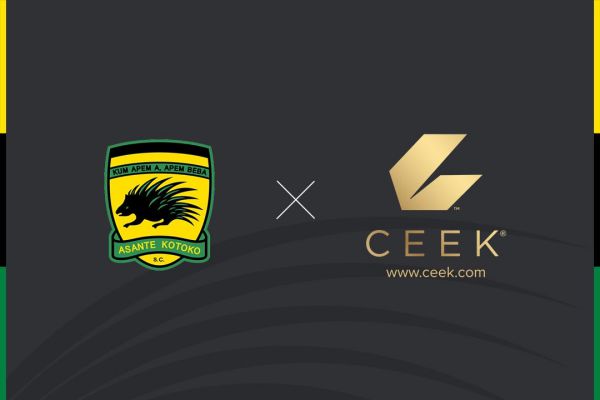 Is Ceek ending the sponsorship deal with Asante Kotoko?

The news has not come as a surprise to most people who have seen part of the confidential agreement circulating all over the internet and wondered why someone from Kotoko will decide to leak such confidential document to the media and the motive behind such action.

According to multiple sources, some Kotoko members are not too pleased about Nana Yaw Amponsah being the CEO and his vision for porcupine warriors. As a result, have decided to frustrate him. PENDREAM TV (YouTube) and others have named some of sabotagers and leakers who want the young CEO out of the enviable Kotoko seat.

The Ceek Kotoko Confidential Contract was leaked, after CEO, Nana Yaw Amponsah mention during the official launching of Asante Kotoko partnership with Southampton on Ceek.com that

”on the juicy part of our partnership with ..“I will love to announce that, @CEEK  for the first part of the partnership, are giving us $100,000 in cash and products.”‘

@NYA_for_Project on the juicy part of our partnership with @CEEK

"I will love to announce that, @CEEK, for the first part of the partnership, are giving us $100,000 in cash and products." pic.twitter.com/IE3p1Jiuax

He further added that ‘

Reports indicate that Ceek’s decision of terminating their sponsorship with the club is as a result of  what others deem as unprofessional and unacceptable behaviour from such a respectable football club leaking confidential contract details to the media.

Fans out have called few journalists for their greed for money and hypocritical nature of doing anything to revive their failing careers.

Others believe this will deter other sponsors from approaching Football clubs or businesses in Ghana. We came across the post below and is obvious from the comments even the fans a appalled by leak.

‘No club which is effectively managed is subjected to these nonsense enquiries from some so called media. No media in Egypt can disclose to you even the font in which Ahly or Zamalek’s sponsorhip deals were written in.’

‘Irresponsible journalism. And you same people will criticize our league and teams for lack of sponsorship’ 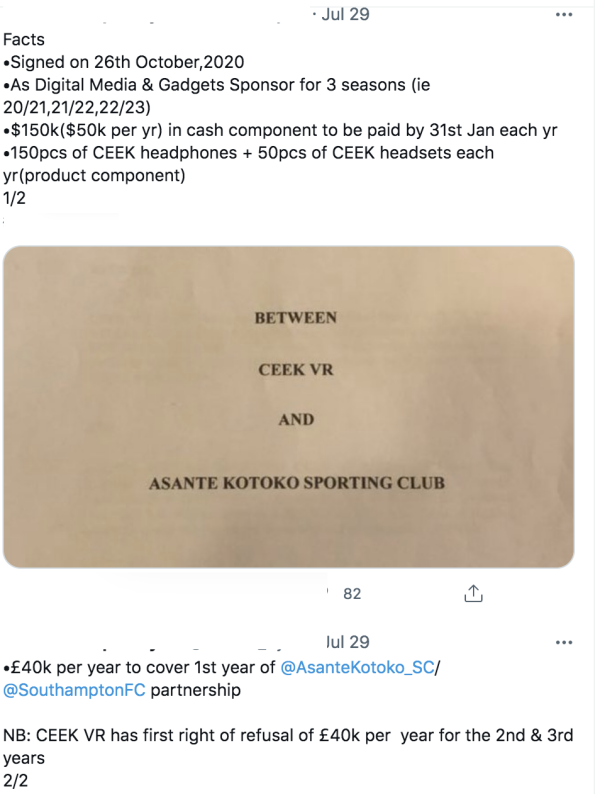 We honestly hope leakers in Kotoko camp will  put aside their differences and accept and support the current CEO Nana Yaw Amponsah to bring the vision he has for the club.

Both officials of Ceek and Asante Kotoko have not come out officially to explain in details the root cause of the news to the public.

Stay tuned for more details as and when there is any official revelation from Kotoko or development from both parties.

What is more surprising about all these leakages is the fact that, ”Ceek Considering Termination Of Kotoko Contract Over Leakage” has been leaked!

What do you think about the above? Leave your comments