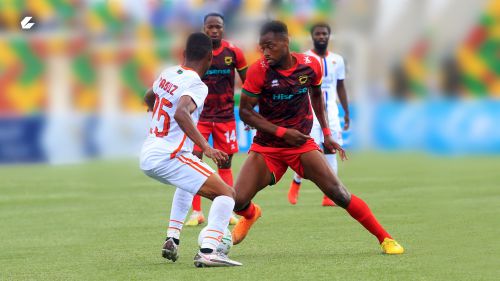 The Confederation of African football Champions League match between Ghana premier league giants, Kumasi Asante Kotoko and Mauritania’s FC Nouadhibou has been called off due to coronavirus.

The game which was supposed to be played in Accra sports stadium at 3:00 p.m and streamed on www.ceek.com was cancelled because two of the players from the fc Nouadhibou have been infected with the virus.

According to reports, the match had to be delayed for close to an hour because the soccer officials of the club wanted to still engage the infected players in the game but the event was eventually called off by the referee.

Right after the cancelation, Asante Kotoko announced on their official twitter page to confirm the news asking viewers to stay tuned for further details regarding the match.

The club is currently in a press conference discussing the subsequent steps to be taken by the officials.’

The club is yet to announce if Kotoko will automatically advance to the next stage.

Ghanaian players refused visas due to lack of school certificates…