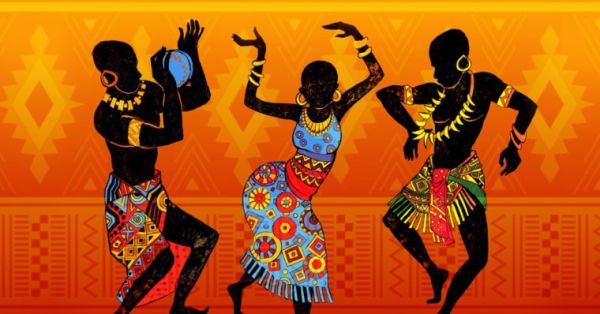 The song was officially on November 26, 2020 along with a fascinating music video. The song was written and produced by Blaq Jerzee himself but the visuals was directed by TG Omori.

The video of one leg up was shot in different locations where in some parts of the video, shows Blaq Jerzee and Tekno singing and dancing on top of a bus.

Another location was a room painted and designed with African colours red, yellow, green and black with beautifully looking African ladies dressed in glamorous African prints and decorated with beads around their necks and dancing as well as backing the chorus of the song.

The fashion sense for the music video is really amazing and is receiving big ups from fans and music lovers all over.

Their  creatively mixed pidgin and the Nigerian local language to produce this hit tune. Basically, the song reflects on God’s blessings upon man.

Tekno’s verse can be attributed to how human beings wish their fellow bad luck. He also stressed on the fact that when God blesses you no matter what the enemy does, you are still able to live your life up.

Jerzze’s version also sounds great. Adding up to the main theme of the song, he used best players in the world like, Ronaldo and Lukaku indicating that when God blesses you even those who are best at what they do cannot use their skills and capabilities to defeat you.

One Leg Up, can be downloaded on all platforms.

According to the producer and performing artiste, growing up he admired businessmen and that inspired him to pursue business administration in tertiary.

His passion and desire in music was realised when he was very young as an instrumentalist at church. Fulfilling his dream as a singer and producer, he has produced a lot of songs personally and for Nigerian superstars like Wizkid,

Tekno is also a Nigerian singer and songwriter born and raised in Nigeria. He is originally known as Augustine Miles Kelechi. Tekno at age 8, was enrolled in a music school where he learnt how to play a guitar and studied music.

He came into the limelight in 2012 after his debut single, “Holiday” featuring Davido under the record label, K-Money Entertainment.

He continued to work harder following his recognition by the public. he started performing on huge platforms where he was cherished and admired by great personalities including Inyanya and Julius Agu.

In 2013, he signed a contract with the “Made Men Music Group” under the management of Ubi Franklyn.