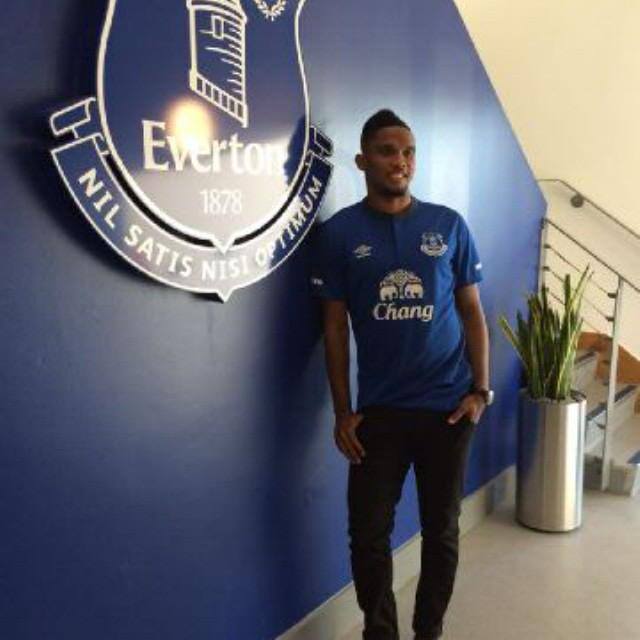 Everton have signed striker Samuel Eto’o on a two-year-deal after he was released by Chelsea last season.

The Cameroon international, 33, joins on a free transfer and links up with former Chelsea team-mate Romelu Lukaku, who signed for £28m this summer.

Everton boss Roberto Martinez said of Eto’o: “I met him and we had a very good chat. I was impressed about the hunger he still has.

“We are very excited and I think Everton is the perfect home for him.”

Eto’o’s contract with Chelsea expired at the start of July and he was not offered fresh terms by Blues boss Jose Mourinho.

Liverpool were in the running to sign him but instead opted for Mario Balotelli, leaving Martinez free to bring Eto’o to Goodison Park.

Celebs Who Give Back: Asamoah Gyan to visit Malawi on Thursday for charity work