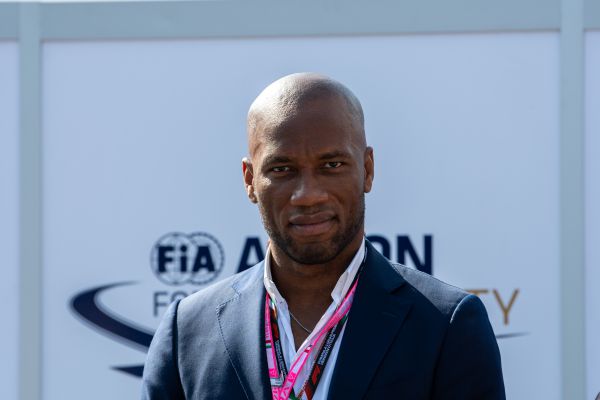 Drogba was celebrated for his astonish achievements, professional excellence and impacts in the world of football and outside football both locally and internationally.

UEFA president Aleksander Čeferin in a statement described the superstar as a leader and pioneer, committed to nothing but excellence on and off the pitch who deserves such an accolade to help give hope to Africans following their dreams and fall under the inspiration of Didier Drogba.

He also explained that, Drogba will always be celebrated for his remarkable flairs in the game, strength, intelligence, zeal to always be at the top and most importantly his dedication to success, making him a great hero to many football fans across the globe.

According to records, Drogba made 381 appearances with the club and scored 164 goals in all competitions.

renowned competitions as such due to their incredible performance in the UEFA champions league which is now the greatest club competition in the world.

He was the best ivory coast had and one of the best talents to emerge from Africa to have projected the continent beyond.

As part of Drogba’s remarks, this milestone has always been his dream since he was a child and with his determination, passion and support from the world he achieved this dream.

He further asserted that it is very important to support the young talents who have similar foresight not necessarily in football but in any field in the developing countries.

Hence, his part in fulfilling the dreams of these youth is through his charity organisation which seeks to assist in children’s education and putting up educational infrastructure which is the key prerequisite to the route of success.

He said, for him to demonstrate the passion for education, he had to set the example by going back to school even in his early 40’s, following his retirement from football in 2018 to study for UEFA’s executive master for international players (MIP) programme.

He also explained that the best way to execute his plan was to use his intellect and think about how to stay in football and go into management.

That is why he decided to educate himself in order to acquire the tools and skills needed as an ambitious man who has the desire to contribute to the development of football.

Born in Abijan, Drogba captained the Ivorian national team from 2006 until his retirement from the team. He played for the national team 105 times and scored 65goals making him all-time top goal scorer for the country.

The team made its first qualification to the FIFA World Cup in 2006 under the leadership of Didier Drogba and also scored their first goal.

Drogba retired from professional football when he turned 40 in 2018. Later in the year Didier Drogba was appointed the Vice President of the international organization Peace and Sport…